In a music video directed by Jon Meyer and Vanjam Productions, the band My Goodness gets dark and twisted for their single “Cold Feet Killer.” 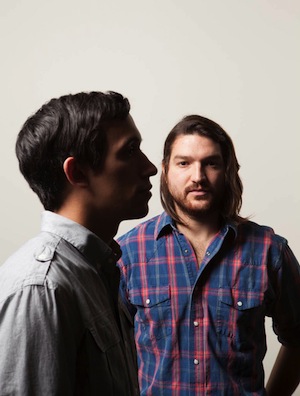 When do you usually get cold feet? The night before your wedding perhaps? Right before you go on stage? This music video is not at all conventional in that way. In this case, the star-crossed lovers perpetually endure that need to escape, but regardless wind up being drawn to each other. It’s a tragic mix of drugs and passion, where their love started young and they never matured.

Check out this playlist that will get you all worked up >>

While we are used to seeing a bad boy lure a naive girl into a dark world of controversy, this time it’s the woman who can’t seem to bring good into her man’s life. She’s like Sharon Stone in Basic Instinct, but not nearly as sexy (sorry, she isn’t!). She is unsteady and dangerous — and he feels the need to protect her (a guy with a Messiah complex is not really surprising, is it?). You can see that he’s content in her presence, but she’s never satisfied. She also appears to be an adrenaline junkie, while he’s just hooked on her.

Which celebrity couple has been known for their instability? >>

The music is haunting as is the story line and there is so much story confined to one short video. It leaves you wanting (and thinking about it) more!

Check out this spooky recap of Ghost Hunters >>

Why is the song called “Cold Feet Killer”? The video starts with a forward-looking scene with the “dead” body of the lovesick boyfriend bleeding from the neck and by the end of the video he stands up and walks away healthy as ever. It appears they had concocted the plan to fake his death to get someone off their back (likely a bitter drug lord?).

That may be one of many literal explanations, but perhaps you can figure out a metaphorical one? Come on readers, check out the video below and let us know what you think!

What other videos are we itching for you to watch? Check out our other editor’s video picks: