George Clooney is set to direct and star in the gripping true story about the recovery of prized art during World War II. 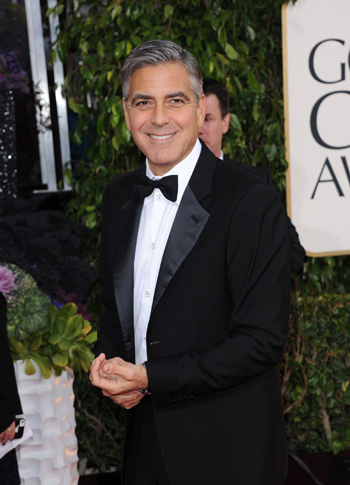 The former “Sexiest Man Alive” will direct and star in the film, which he co-wrote with Grant Heslov.

The film is based on the 2010 novel, The Monuments Men: Allied Heroes, Nazi Thieves and the Greatest Treasure Hunt in History, by Robert M. Edsel and Bret Witter. It tells the true story of a group of art enthusiasts who attempt to recover valuable stolen art from the Nazis.

The plot sheds light on an aspect of World War II that is rarely portrayed onscreen.

As if the premise wasn’t thrilling enough, The Monuments Men has one of the most impressive ensembles in years.

The news comes barely two weeks after the star took home his second Academy Award for his work as co-producer of Argo, which took home Best Picture.

The dashing A-lister shared the coveted award with the political thriller’s director and star Ben Affleck and producer Heslov.

Clooney will soon be seen in the sci-fi thriller Gravity opposite Sandra Bullock, and is currently circling a mysterious project titled Tomorrowland, which has Brad Pitt and Hugh Laurie attached to star.

The Monuments Men is scheduled to continue shooting in Germany and the U.K. until late June and is slated to be released on Dec. 18 of this year.

Something tells us Clooney may have to clear off space for a few more gold statues.