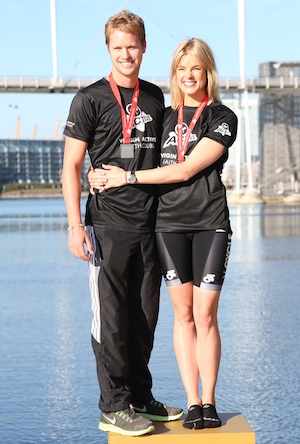 Ah, the lives of high society. Isabella Calthorpe is set to marry Sam Branson, son of billionaire Richard Branson, today at the exclusive South African safari reserve, Ulusaba. Calthorpe is a wealthy socialite once tied to Prince William and rumored to be William’s love before Kate Middleton.

The Daily Mail even reports Prince William received his father’s approval to ask Calthorpe to marry him. Alas, it was not to be and Isabella found love with Sir Richard Branson’s billionaire heir.

And while Prince Harry is dating Cressida Bonas, Calthorpe’s sister, he won’t be at today’s wedding. Right. Because that would be really awkward.

Prince Harry and Bonas will likely just stick to luxurious vacations and cuddling on the slopes. However, The Huffington Post reports Cressida did invite Prince Harry to Isabella’s nuptials and many newspapers thought Prince Harry would attend to meet the rest of her family. But Prince Harry declined the invitation despite the fact that he’s already in town on official royal business.

Settling down when you’re British royalty >>

The Daily Mail reports there will be several royals and other blue bloods in attendance for the Branson-Calthorpe wedding. Princess Beatrice and Princess Eugenie, also known as the York girls, will watch the beautiful blond bride marry her nouveau British prince.

Writes the newspaper, “The ceremony will be attended by 300 of their closet friends, many of whom are also intimates of the Duke and Duchess of Cambridge — prompting social commentators to dub this the ‘nearly Royal Wedding of 2013.’ “