What? Don Draper doesn’t have time for this stuff! 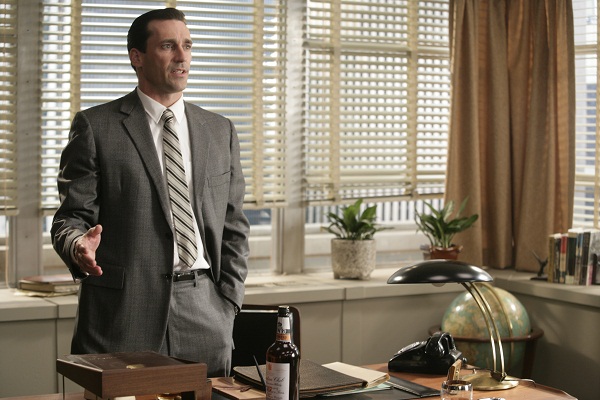 A long, long, lonnnnng time ago (in the ’50s and ’60s) the beautiful Gita Hall May made a career for herself as a model and actress. Fifty-something years later and without her consent, the image of her face was pulled from a photo by Richard Avedon and used in the opening sequence for Mad Men. She just recently figured it out and she’s not very happy about it — she’s suing the show for using the image.

May doesn’t like how this happened. She says she never agreed for “her image to be cropped from the photo, in secret, and inserted into a key element in the title sequence of a cable television series” decades after she originally took the picture for Revlon.

She and her lawyer claim the picture is the centerpiece of the show’s opening sequence (which even won an Emmy in 2008 for outstanding main title design). She’s demanding compensation for “the value her image contributed to their property or the revenues that her image contributed to their profit.” The suit goes on to claim that the picture “perfectly personifies the period.”

We’re not ones to side against 79-year-old ladies, but we think it’s fair to point out that May’s picture isn’t the only one being used in the sequence. Furthermore, the “key element” was never the women but the man tumbling in front of them. She should definitely be compensated, of course. But let’s not blow this out of proportion. She made a beautiful backdrop, but nothing more. (That sounded a little like we channeled Draper, didn’t it?)

Finally, we’re interested in the decision to sue Mad Men and not Revlon. We doubt the art directors for Mad Men cut random ads out of old magazines to use for the sequence. They were obviously given the photos and told they were allowed to use them. Shouldn’t that party be held responsible, instead?

For your viewing pleasure, here’s a look at those opening credits:

Our final thoughts: Does Don Draper (Jon Hamm) have the same effect on little old ladies as he has on us? Would she drop the suit for a kiss? We would.