The Steven Tyler Act would prohibit the paparazzi from taking unwanted photos or videos of others in their private moments. Some view the act as an attack on First Amendment rights. 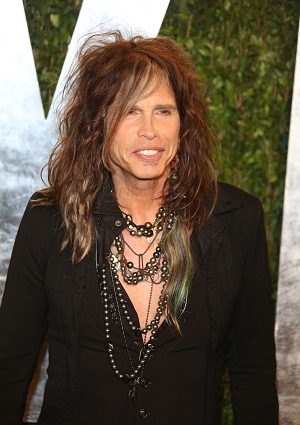 Steven Tyler knows how to get what he wants. And not just from the (middle-age) ladies either! He’s also a beast at manhandling an entire state’s Senate into doing his bidding.

And what’s his bidding? In this case, it’s his privacy act. The Steven Tyler Act subjects paparazzi to criminal charges if they ignore the “civil violation” that prohibits them from taking pictures or videos of others in their private moments.

The act passed with 23 out of 25 votes in Hawaii’s State Senate. Tyler promised the act would help beef up celebrity tourism to Hawaii if stars thought they were safe to visit without their every waking moment being splashed onto front pages and websites.

His push for such protection came after a papz caught Steven cozying up to his GF/fiancée and published the photos, causing a heap of unwanted drama for the Aerosmith frontman and his family. One of the opponents of the act is Sam Slom, the Senate’s only Republican. He said the bill is making Hawaii the butt of jokes.

According to the Associated Press, the senator thinks that while the state House had fun with the bill, that’s all it is because the House will surely vote it down. He also believes Hawaii already has perfectly functional laws protecting privacy and that this proposal is an attack on First Amendment rights.

“My final remarks to Steven Tyler as he sang so eloquently are, ‘Dream on, dream on,'” Slom joked.

Steven Tyler is getting hitched and his family is not happy >>

While Slom isn’t taking it seriously, a lot of news agencies are. Prohibiting paparazzi from doing their job (however vulturelike and unnecessary it may be) is a violation of the press’s First Amendment rights. But are the paparazzi, those guys who hound celebs and follow them everywhere, really press? How “breaking” is grocery shopping? Is Taylor Swift’s latest hot date really “newsworthy” or is it just gossip-worthy?

Would a halt to intrusive photography help put news and the press back on the right track and off the gossip mill? Or would we be sacrificing the First Amendment in favor of appeasing celebrities?

Is Tyler’s act a violation of the First Amendment? Are they “press” because they make a profit from private moments? Tell us.