Check out this suspenseful clip from the newest horror film to haunt theaters this summer. Good luck sleeping! 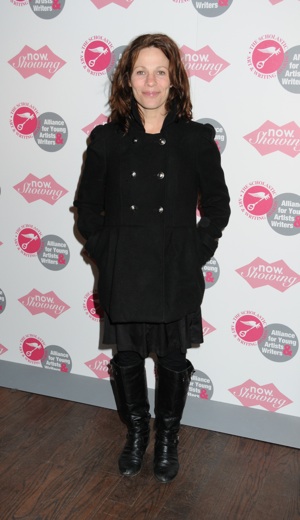 Director James Wan of Saw and Insidious keeps us on the edge of our seats in this new trailer of his horror film The Conjuring. If you’re a fan of his scary jaw-dropping films then it will no doubt lure you to see this thriller.

Set in the 1970s, we get a glimpse into the paranormal hauntings that plague a New England farmhouse owned by characters Lili Taylor and Ron Livingston. Not your typical ghost-busting movie, this film is based on a true story and portrays the paranormal activity of an evil entity that characters Vera Farmiga and Patrick Wilson are hired to investigate. The adorable Mackenzie Foy from the Twilight series Breaking Dawn also joins the cast.

If you’ve ever heard creaky doors and strange noises in your house, then be forewarned of potentially sleepless nights after seeing this film. In this clip, Lili plays a game of hide-and-seek with the kids, which the evil spirits use to trick her into their clutches. Lili is a perfect fit for this role because of her experience with haunted houses, spirits and children in the movie The Haunting. Blindfolded in this scene, Lili fumbles around looking for the kids in their armoire, suggesting the idea of The Lion, the Witch and the Wardrobe as a haunting element. A mysterious spirit pretends to be part of the game and summons her to the basement by the sound of clapping hands. Lili soon realizes that this is not child’s play anymore. The spirits are not messing around, and neither is this movie.

Here’s a sneak peek at what could be one of the scariest films of 2013. Are you afraid to see the movie? Warner Brothers expects to conjure scary movie fans to theaters starting July 19.