Kristin Cavallari is planning on doing a lot of entertaining in her kitchen once she’s married to Chicago Bears player Jay Cutler. Not only was her wedding registry discovered, but the date of the nuptials was also revealed online at Williams-Sonoma and Crate & Barrel. 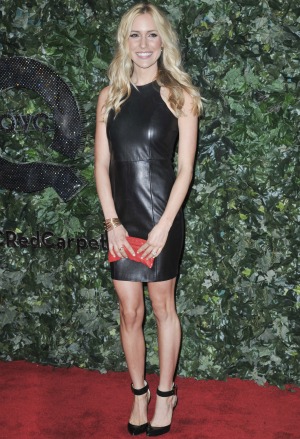 She already has the baby, so it’s time to prep for the wedding. Former star of The Hills, Kristin Cavallari, seems to be doing just that as People has discovered the reality star’s wedding registry.

Cavallari, engaged to Chicago Bears quarterback Jay Cutler, is registered at Williams-Sonoma and Crate & Barrel, where the listed wedding date is July 13. The reality star has hinted that her wedding is coming soon, but she has not confirmed any date.

SheKnows recently caught up with the bride-to-be at the QVC Oscars pre-party where she said the wedding was planned, but she was tight-lipped about everything else.

The couple’s registry is pretty standard kitchen fare with items like a pie dish, pastry bags and a salad spinner on the list. The biggest ticket gift is a KitchenAid Artisan Stand Mixer for $349.

This is the second engagement for the couple who first got engaged back in April 2011, but the engagement didn’t last long. They broke up several months later in July, only to rekindle their romance and their engagement in November.

Their relationship was then solidified by the birth of their first son, Camden Jack, in August 2012.

The Laguna Beach star has stepped back from the Los Angeles spotlight by making her home with Cutler in Chicago during football season. She currently designs a line of shoes for Chinese Laundry and she has a new jewelry line for GlamBoutique.com.

The stylish mom certainly seems to have it all — a baby, a career and a husband-to-be!