The Daily Show host Jon Stewart will take a planned 12-week hiatus this summer to helm his first feature film as a director and screenwriter. Daily Show correspondent John Oliver will guest-host for eight weeks. 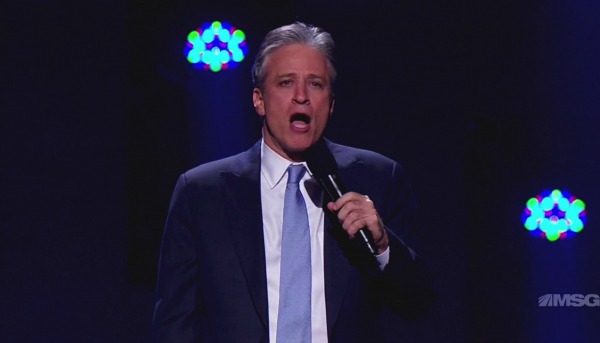 Jon Stewart is going to take a summer vacation. He’s not going overseas or hitting the beach, he’s hitting the film set.

In a move announced on Tuesday by Deadline, Stewart will take a 12-week leave of absence from The Daily Show to direct his first feature film. The Comedy Central talk-show host will not only helm the feature, but is also the credited screenwriter on the project.

The film, Rosewater, is an adaptation of the book Then They Came For Me: A Family’s Story of Love, Captivity, and Survival. The memoir follows the ordeal of BBC journalist Maziar Bahari’s trip to Iran to cover the presidential elections. His one-week journey turned into a harrowing 118 days in captivity after being accused of espionage.

In fact, one of the author’s appearances on Stewart’s show was used against him as evidence of spying when he was being held in prison. As a result, the project has a bit of a personal connection to the late-night host.

Fans of the political show don’t need to worry about a whole summer’s worth of reruns, as John Oliver will take Stewart’s place for eight weeks. Oliver is a well-known regular correspondent to The Daily Show‘s audience. He’ll tape original shows Monday through Thursday.

Stewart’s planned hiatus begins in June. He’s expected to be back on set in the fall.