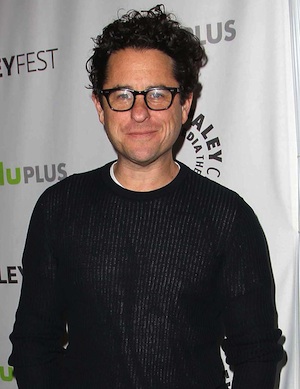 SheKnows is too excited right now! We recently got the privilege to chat with genius television show creator J.J. Abrams! He’s only the brains behind some the of most addicting shows ever made like Lost, Fringe and now Revolution.

We were all hooked on Revolution right away. It’s a fantastic premise filled with action, intrigue and sexy romances. Could it possibly get any better? J.J. sure thinks so and he let us in on a few things the talented writers and producers have in store for Season 2.

Abrams and the CW unite for a new drama >>

“One of the things we learned on Revolution is we need to pick up the pace a little bit,” J.J. told SheKnows. “Sometimes you think this will be a good slow burn.” Although the episodes are also edge-of-your-seat action-packed, maybe the progression of the story line has been “too slow.”

Maybe he’s also talking about picking up the pace with the love stories? There are rumors of a Miles/Nora/Rachel love triangle. “There’s as much love story and fun, sexy stuff coming up as much as action.”

J.J. Abrams says no thanks to directing Star Wars 7 >>

We all rely so heavily on electricity and that’s the fun of this show. How would J.J. handle it if the power actually went out for good? “I’d be a disaster.” J.J. laughed. “It’s a cautionary tale. How long could you survive? Where would you get your food? How would you communicate with your friends and your family? I just love the premise.”

And what about those rumored “what the hell moments” we’ve heard about? “It’s one of my favorite things about the show, those moments of anticipation and expectation.” Ah, so tight-lipped! It’s our favorite thing too, but we want some details!

Oh well, we’ll just have to wait until March 25 when Revolution returns to NBC.