Oz The Great and Powerful hits theaters this Friday, 74 years after the release of its classic inspiration, The Wizard of Oz. Aside from Sam Raimi’s adaptation debuting in 3-D, what makes these films divergent? We pull back the curtain on key differences. 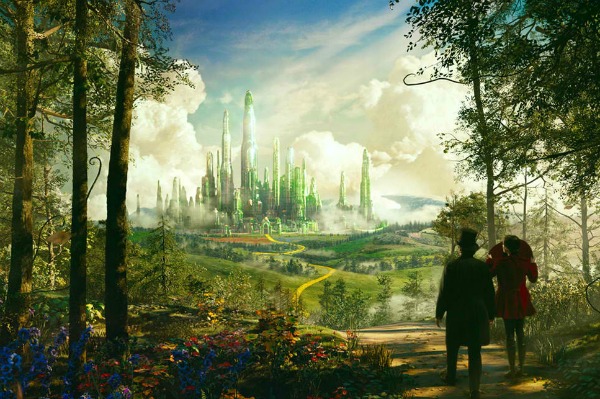 For starters, Oz The Great and Powerful isn’t a remake of The Wizard of Oz — it’s a prequel, so to speak. This film, based on L. Frank Baum’s beloved fantasy books and directed by Sam Raimi, illuminates the plight of the man behind the curtain. The central character then is Oz, not Dorothy. Played by James Franco, the “wizard” starts off as a charlatan circus magician named Oscar Diggs whose hot air balloon gets hurled away from its circus perch in Kansas and into the Land of Oz (cue tornado!). The film follows his journey from silver-tongued trickster to a far more benevolent being, and it ends just shy of Dorothy’s confrontation with the Wicked Witch of the West. 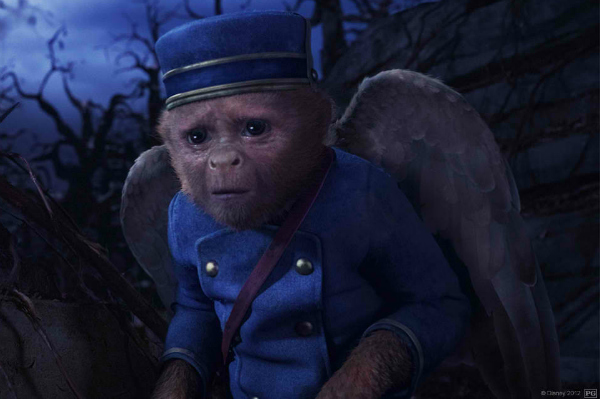 It’s the flying baboons you have to watch out for. Yep, this film has both. And, may we say, yay! It simply wouldn’t be fitting without some version of iconic characters. The bellhop-attire-bedecked monkey in this adaptation — voiced by hilarious Scrubs actor Zach Braff — actually accompanies Oz on his journey. The furry little fella’s name is Finley, and although he initially thinks poorly of Oz, he ultimately becomes a truly loyal friend and helps the wizard become a better man. Ferocious winged baboons, alternatively, play the wicked witch’s cronies and are scary enough to curtail zoo memberships. These fierce beasts are much larger (and much uglier) than the smirking blue-faced creatures from the original. 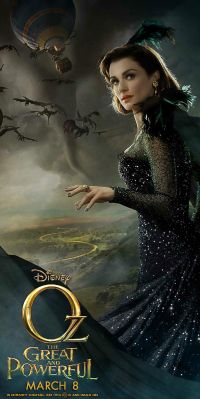 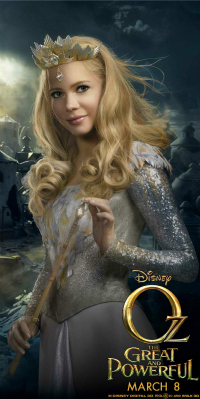 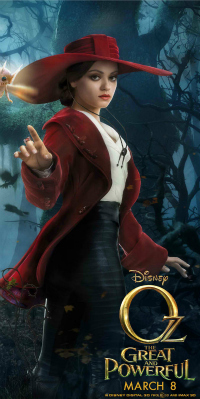 No houses atop these witches… yet 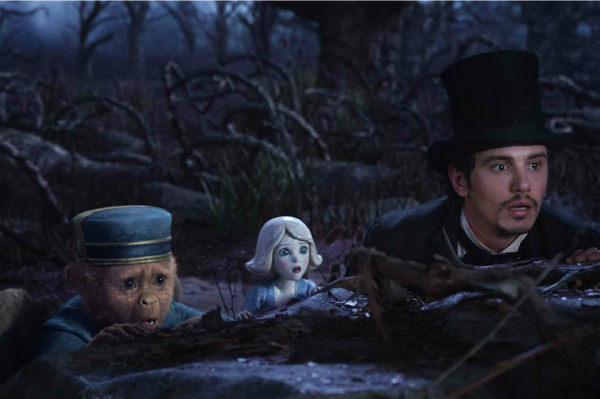 Gone are the days of Tin Man, Cowardly Lion, and Scarecrow. Not even Toto makes a cameo in this movie. Instead, Oz shares his adventure with Finley the flying monkey (see above) and a completely novel character, China Girl. Voiced by child actress Joey King — you might remember her as cutie-pie Ramona Quimby alongside Selena Gomez in Ramona and Beezus — China Girl hails from the village of China Town which, no, is not a borough in NYC where you order Peking duck and score cheap handbags. China Girl’s village, rather, is constructed entirely of the delicate stuff dishes are made of. After it is destroyed, she strikes up an unlikely friendship with Oz and Finley, and the three become this film’s yellow-brick buddies.

Watch a preview of Oz The Great and Powerful!