Whose world would you want to live in? 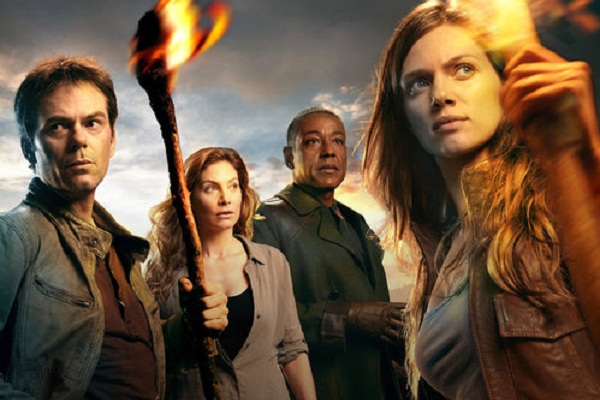 After months on hiatus, Revolution is gearing up for a return. This weekend, SheKnows got the chance to talk to the cast of Revolution about the remaining episodes and what they hope is in store for their world. Believe it or not, Neville and Charlie might be more on the same page than anyone realizes… including themselves!

As you might expect, Charlie just wants everything to go back to normal… or even better than normal. What does Charlie’s world look like?

“I think it’s a world where there doesn’t have to be all these things,” Tracy Spiridakos explained. “Especially in Charlie’s eyes, she didn’t really get exposed to all this craziness because she was in a little cul-de-sac with a little family and then now she’s in the whirlwind of crazy. So for her it’s a place where you can be free and you can do whatever it is that you want to do without worrying that your family is going to get stolen from you or murdered.”

Meanwhile, fans would expect the sinister Neville to have the complete opposite opinion on what the world should be like. The man behind the villain, Giancarlo Esposito, thinks differently, though.

“I think he’s compassionate in many ways and I think he has a very benevolent side to him,” Giancarlo told us. “I just believe he feels like he can do it better than most other people. So, therefore, he wants to create a benevolence in our world that no one else has thought of yet.”

Of course, not everyone agrees that that’s what Neville really wants in the world. Tracy seems pretty sure that Neville has something much bigger in mind.

“I think [Neville]’s all about control and… take-over-the-world sort of thing,” Spiridakos admitted.