The woman cast as the villainess makes a surprise visit to The Bachelor‘s “Women Tell All” special to confront the women who didn’t like her or her eyebrows. 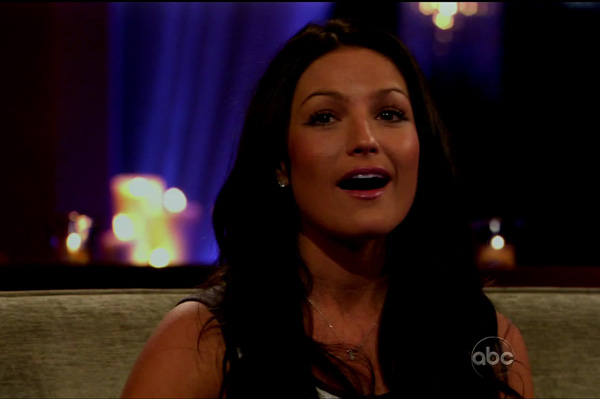 Tierra LiCausi wasn’t on the stage when most of the bachelorettes from this season of The Bachelor convened to discuss the show on the “Women Tell All” episode that aired last night. So maybe they can be forgiven for ripping into her.

Host Chris Harrison egged them on, saying, Fox News reports, “For the most part you guys got along really well. Do you think it’s because you had one common enemy?”

Oh, an opening! The bachelorettes began to swap stories about Tierra, after which Harrison ominously announced that Tierra should get a change to defend herself. And she will, because: She’s backstage!

Tierra told Harrison she was “nervous,” and that she felt she had a “target on [her] back” because of the shine Bachelor Sean Lowe took to her as soon as she got out of the limo.

“I stayed to myself,” Fox News reports she said. “There was definitely a handful of girls that were very rude to me. Every girl in the house talked about other girls.”

The Bachelor gets analyzed >>

“Off the top of my head, no,” said Tierra. “There’s nothing I feel I did to these girls intentionally. If I said something bad about any girl here, please bring it to my attention.”

LiCausi also noted that her engagement, rumored to be a hoax, is real. She had nothing to say about her fiancé, save for the fact that he was an ex-boyfriend: “We needed the separation. I did The Bachelor and thought I could find my love here, and a soon as I got back home I rekindled things.”

By the way, Tierra finds it weird that her eyebrow has its own Twitter account. “Who cares about my eyebrows? Who cares?” she asked incredulously.

For its part, @TierrasEyebrow tweeted during last night’s episode “The tension in here is rising, but never higher than my eyebrow.” 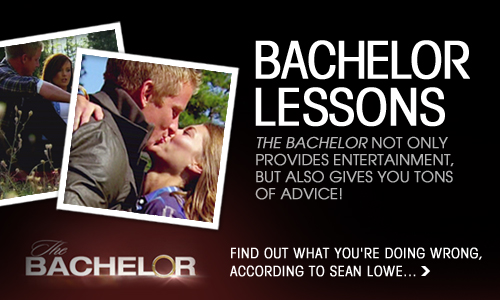