Mila Kunis helps starstruck reporter Chris Stark get through his first interview; he’s a nervous wreck, but within minutes is asking Kunis out. Was it all a ploy? 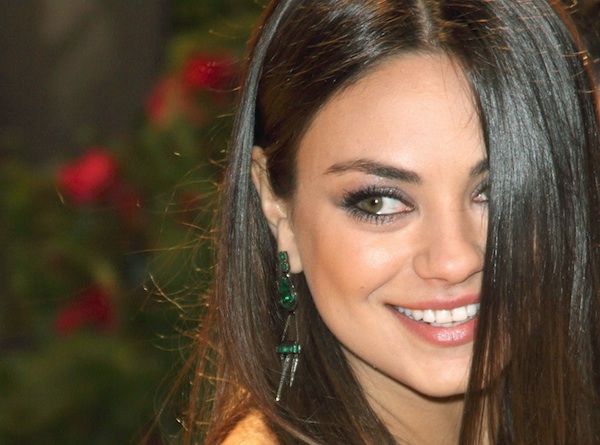 Mila Kunis may have thought she was helping BBC Radio 1’s interviewer, Chris Stark, when the two sat down to chat about her latest film, Oz The Great and Powerful. While Chris may seem the awkward, starstruck interviewer as he begins talking to Kunis — his performance even includes blushing and stuttering — Kunis quickly learns Chris isn’t as shy as he appears.

You can watch the full interview below; it’s about seven minutes long. Even we were hooked on Stark’s geeky persona as he attempted to find his way through questions like, “Did you enjoy being ugly for once? Because, generally, you’re like, hot. So is being a witch a little bit different?” and brazenly admitted he was “petrified” because of the cameras and people milling around the set.

Mila Kunis handles the poor chap like the nice, wonderful down-to-earth person she is. She even tells Stark he’s doing a terrible job but that she’s hopeful for the rest of the interview.

Watch the Oz The Great and Powerful trailer >>

The whole thing seems to be a train wreck in the making when all of a sudden boom! Chris Stark is asking Mila Kunis out — he even envisions a fantasy date that involves chicken, football and pints — as Kunis patiently listens to Stark tell her about his life and hobbies.

When she politely rebuffs his advances, which Stark does not pick up on, he goes further and invites her to his friend’s wedding. The catch? Kunis needs to “drop trousers” which translates into getting naked and dancing.

Yes, Chris Stark tells Mila Kunis that he can only be his date to a wedding if she removes her clothing. He’s clearly very intimidated by Mila.

Mila Kunis and other Hollywood witches >>

Sadly, Mila is working in June during the time of the wedding so she won’t be able to make it, but she gives Stark major points for “the best interview all day.” Since Stark spent so much time talking about his life and how Kunis would fit perfectly in it, he realizes he’s run out of time to ask actual questions about the movie.

Ever so helpful, Mila gives him the 30-second rundown of all the questions she gets asked over and over so at least Chris can go back to the office with some information.