The new America’s Got Talent judge gets a poor reception from the crowd as she begins her new duties in New Orleans. 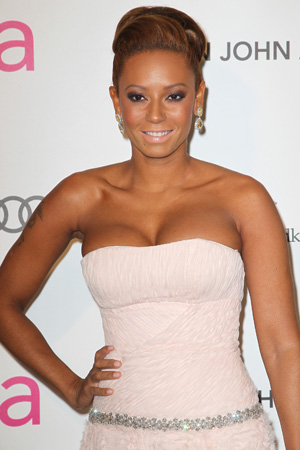 No love for The Spice Girls in New Orleans, it seems.

Melanie Brown, the former Scary Spice, has replaced Sharon Osbourne as a judge on the America’s Got Talent panel, and so far, the crowd hates her.

As TMZ reports, AGT auditions took place in New Orleans yesterday, and Mel B made a tactical error.

The first act of the day was the Lagniappe Brass Band, an act popular in New Orleans. But when Mel B was called upon to register her opinion, she gave them a thumbs down, telling the band she wasn’t a big fan of brass music.

The crowd turned on her, TMZ reports, yelling things like “Go home!” and “No respect!”

Distraught, Mel B turned to fellow judge Howie Mandel, who patted her down.

The other members of the America’s Got Talent panel, including Howard Stern and Heidi Klum, pulled through the auditions unscathed.

America’s Got Talent: A Spice Girl’s moving in >>

An excited Brown tweeted many times about AGT during the month of February, but none of the judges addressed the New Orleans reaction on Twitter.

Melanie Brown has been out of the spotlight for some time; her AGT gig represents something of a return for her.

She famously gave birth to Eddie Murphy‘s lovechild in 2007. Murphy at first denied that the child, Angel Iris Murphy Brown, was his; a court-ordered DNA test confirmed paternity.

Brown married movie producer Stephen Belafonte in 2007 and has since given birth to their first child (the third for the singer), Madison Brown Belafonte.