The singer has been outspoken on the gay rights issue, and just made a big move by canceling her appearance at the Boy Scouts Jamboree over the summer. 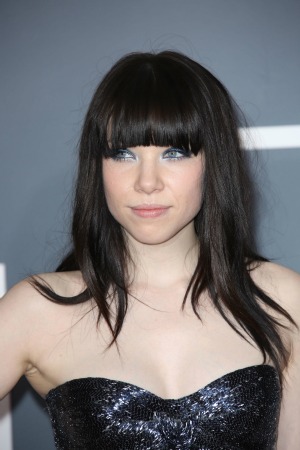 Carly Rae Jepsen has made a big move for gay rights by canceling her show for the Boy Scouts of America over the summer. The scouts have dealt with controversy in the past, but the stance on not allowing openly gay adults into the organization.

Jepsen and the band Train were set to perform, but Jepsen said she does not agree with the organization’s policies.

“As an artist who believes in equality for all people, I will not be participating in the Boy Scouts of America Jamboree this summer,” Jepsen said via Twitter.

On Tuesday, she sent two more tweets to explain her decision.

“I always have and will continue to support the LGBT community on a global level,” she said. “And stay informed on the ever changing landscape in the ongoing battle for gay rights in this country and across the globe.”

GLAAD responded with a statement on its website, saying, “No fair-minded media outlet, corporation or celebrity will want to partner with the BSA as long as the organization puts discrimination and anti-gay bias before the needs of young people.”

“GLAAD will continue to call for partners of the BSA to speak out against the anti-gay ban until the BSA puts Scouting first and adopts a national non-discrimination policy,” Ferraro continued. “Carly Rae Jepsen and Train’s decisions not only send the right message to the BSA, but remind LGBT young people that they are supported and accepted.”

The band Train also canceled its performance after a campaign launched by Eagle Scout Derek Dance, a gay former Boy Scout camp leader. According to The Huffington Post, Nance’s campaign to have the musicians cancel was supported by GLAAD.

“As a talented artists with incredibly loyal LGBT fans around the globe, I hope they will speak out quickly, and urge the Boy Scouts to end its dangerous anti-gay policy,” Nance’s petition reads.

According to The Huffington Post, the petition has more than 63,000 signatures.

Train has said it will re-join the show if the Boy Scouts reverse their anti-gay stance.