This week, Carrie’s life with her top secret true love (Manhattan) finally came to light with her father. The result of that revelation came with disastrous results. And that wasn’t the only disaster of the night! 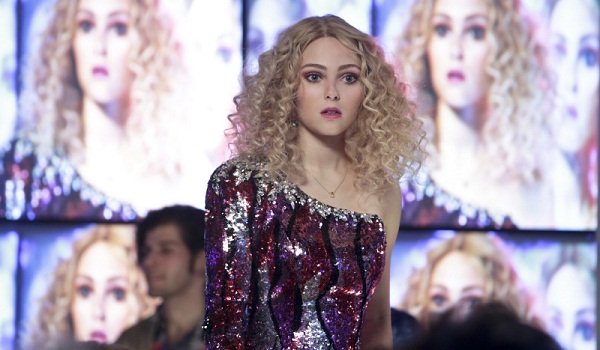 Quite a few secrets came out this week and most of them had to do with guys… of course.

Sebastian (Austin Butler) likes her so much, in fact, that he decided to break up with Donna. He tried to do it right before the big lock-in, but she asked him to keep it a secret until afterwards. She also made it clear that she planned on telling everyone that she broke up with him. Sebastian agreed because he’s a nice guy.

Once he broke up with Donna, though, Sebastian was free to do what he wanted. And what he wanted, it turned out, was to do exactly what Carrie (AnnaSophia Robb) needed him to do: Make a grand gesture. So, with Mouse in the passenger’s seat, Sebastian headed into the city to find Carrie and sweep her off her feet.

He never found her though. Her dad got to her first.

While skipping the lock-in so she could party with Larissa at a hot new club, Carrie ran into her dad. What was he doing there? Oh, you know, he was just out for the night with Harlan and two lady-friends. When he saw Carrie dancing at the club — surrounded by people far older than her — he flipped out. On the bright side, Larissa found Carrie’s young age to be refreshing and wasn’t mad at all. Her dad, however, was pissed about her lies. He swore she’d never go back to Manhattan. Uh-oh! Is this the end of Carrie’s awesome second life?

Donna is evil. When Sebastian broke up with her, she immediately decided she was going to exact revenge on Maggie. After all, in order for Donna to keep Maggie’s secret about her relationship with the police officer, she had to keep Carrie away from Sebastian. Carrie didn’t chase after Sebastian, but he still wanted her and that really ticked off Donna. After only a few hours at the lock-in, Donna was spilling Maggie’s secret to Walt. Soon enough, Walt and Maggie were broken up and Walt and Donna were officially a couple. What?

Basically, The Carrie Diaries was just another teen drama, right? It would have been except for the two things this week that reminded us of one very important fact: This is a show about Carrie Bradshaw. Those two things:

Those two moments made all the drama completely worthwhile!