The actor says his father’s death has put his life in perspective, and he wouldn’t change a thing. 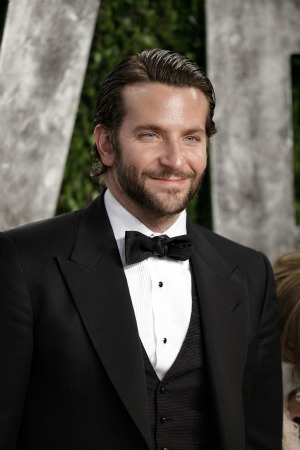 It might seem like Bradley Cooper would have been jealous that his Silver Linings Playbook co-star Jennifer Lawrence won the Oscar when he didn’t, but he said he wouldn’t have it any other way. Cooper was up for the Academy Award for Best Actor at this year’s ceremony, but Daniel Day-Lewis took home the award for Lincoln.

But the 38-year-old actor said winning the award would have changed his life too much. He sat down with GQ for their April issue and discussed his life as it is now.

“I don’t want to win an Oscar,” Cooper told the magazine. “It would change nothing. Nothing. The things in my life that aren’t fulfilled would not be fulfilled.”

The actor presumably gave the interview before the awards ceremony, but he has gotten a lot of perspective on his life in recent years after the loss of his father, stockbroker Charles Cooper. The younger Cooper said it helped him evaluate what is really important in life.

“Death became very real. And very tangible. Because my father — someone who had been in my life for 36 years is just f-cking gone,” Cooper said, according to Us Magazine. “I watched him dying and I was there by his bed watching him, breathing with him, and then I saw his last breath and he was gone. I experienced the whole thing. And that was a watershed moment that I was privileged to experience. And it changed everything. Nothing has ever been the same since.”

He said the death had a huge impact on how he goes through life these days. Charles Cooper passed away in January 2011 at the age of 71, and his son feels the death was a blessing because it gave him perspective, but it is also a curse in many ways.

“My father gave me two gifts: having me and dying with me,” he said, according to Us Magazine. “I used to be the kid that got the shakes if I had to talk in public; now, I just don’t get nervous about stuff. I can’t control everything. I watched my father die and I realized that is the way we are all going to die. For me, it was a switch from knowing something intellectually to knowing it by tangibly experiencing it. It rewired my neurological system. It almost did the opposite of motivating me. It was about keeping the main thing the main thing.”

Jennifer Lawrence: Learning to dance was like “treading water” >>

Cooper currently has four projects in the works, including The Hangover Part III.