The Following has cast a spell on us and Fox has taken note. The network has renewed the series for a second season. They also gave three deserving comedies a shot in the arm. 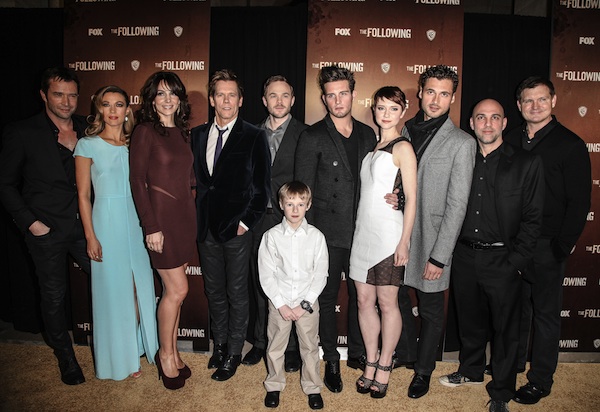 Kevin Bacon is sticking with TV a little longer. The veteran actor’s freshman series The Following received the stamp of approval from Fox. Not only will it finish out its first season, but it’s been renewed for a second!

According to Fox chief Kevin Reilly (via Zap2it), their decision was a no-brainer. “From the very beginning, we felt Kevin Williamson and Marcos Siega had created a high-quality, edge-of-your-seat drama that could break from the pack, and it is exciting to see the audience responding,” Reilly said.

“Kevin Bacon and James Purefoy have given us two of the most compelling characters on television and the entire cast is incredible. I’m delighted to have this thrill ride continue on FOX for another season.”

It’s great news considering midseason shows have been dropping like flies. ABC recently canceled Zero Hour after only three airings. The Thursday night drama failed to bring in the ratings to keep it afloat.

Back at Fox, they kept the positivity flowing by picking up Raising Hope, New Girl and The Mindy Project for another season.

“We love working with these talented producers and casts who, week after week, create some of the funniest work on television,” Reilly continued. “These shows are creatively vibrant, they have established a loyal and passionate audience and they will continue to define and grow the FOX comedy brand next season and beyond.”

Are you excited for these four returns?