On Monday, MTV announced that their first-ever Comedic Genius honoree is Anchorman 2 star Will Ferrell. The funnyman will receive the award on April 14 at the MTV Movie Awards. 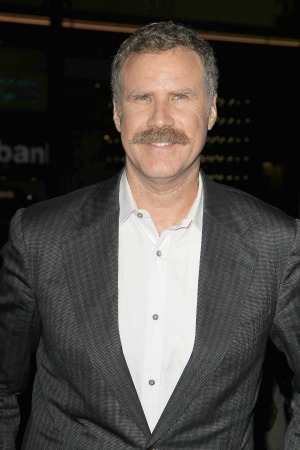 MTV is changing things up for the MTV Movie Awards on April 14. They’re adding a new category and Will Ferrell is going to be the first honoree.

The Anchorman 2 star will be receiving the first-ever Comedic Genius Award.

Stephen Friedman, president of MTV, said in a statement on Monday, “Will Ferrell epitomizes what it means to be a comedic genius and it’s only fitting that he should be the inaugural recipient of this award.”

Friedman continued, “Over the course of his extraordinary, 17-plus-year career, he has entertained audiences across the globe with an impressive array of laugh-out-loud performances on air, online and in films. Simply put, Will Ferrell is ‘kind of a big deal.'”

This won’t be Ferrell’s first trip to the MTV Movie Awards, though. He has eight nominations from films like Old School, Elf and Blades of Glory, but he has only one win to his name. He earned the Best Kiss award in 2007 for Talladega Nights: The Ballad of Ricky Bobby with co-star Sacha Baron Cohen.

Television audiences can watch the Movie of the Year announcement at 7:58 p.m. EST and then head over to MTV’s website to watch a 30-minute live stream for the rest of the nominees. Fans will be able to vote for their favorite stars and films beginning March 5.

Now, we’ll just have to wait until April 14 to see if Ferrell shows up as himself or Ron Burgundy.