Jennifer Love Hewitt is back with Season 2 of her hit Lifetime show, The Client List, and she’s sharing all the saucy secrets with SheKnows. 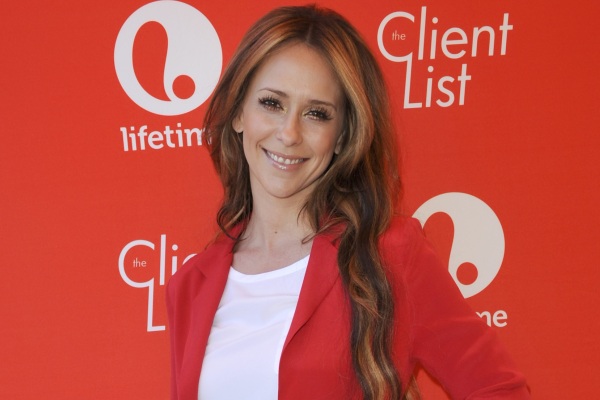 In the first season of The Client List, we saw the men getting to have most of the fun. But when we sat down with Jennifer Love Hewitt recently for breakfast at a West Hollywood diner, the actress told us that this season the tables will be turned.

“There’s a male masseuse for female happy endings,” she announced. “It’s pretty saucy! We just felt like it wasn’t fair for guys to be the only ones having their fantasies answered, so we brought on a steamy guy to make the women happy. Women are actually more aggressive in that department.” 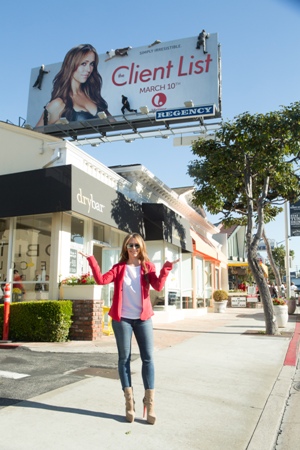 All right, now we’re talking. So what other spoilers did she let us in on?

“There’s a love triangle between the two brothers,” said Hewitt. “Everyone in the spa is hooking up with each other. Riley has more of a takeover position at the spa. There’s lots and lots of debt. And there’s danger and intrigue about the list. Where it is, who has it, what Riley will do to keep it.”

It sounds like this will be a deliciously scandalous season! And JLove is looking better than ever. In a music video promoting the show, the 34-year-old sported a sexy sequined costume, showing off an awesomely toned bod.

“We had lots and lots of dance rehearsals,” she laughed.  “I actually had a broken wrist at the time so it was a little tough. We had to take the cast off for it.” To stay in such fantastic shape the actress relies on a combo of yoga, Pilates, “booty workouts” and Zumba.

“And then I wear leg weights at work,” she added.

In addition to starring in the series, JLH is also directing her first episode this season.

“I just turned in my cut and I’m very excited about that,” she told us.

And with rumors that she’s dating her co-star Brian Hallisay, it looks like Jennifer has a lot to be happy about this year. Though she declined to discuss the relationship, she told us she hopes this year is filled with a lot of love.

“My goal for the year is to have a lot of love in my life,” said Hewitt. “Not just romantically, but with friends and family. And I hope people love the new season.”

With a hot new male masseuse, we have a feeling we will.

Be sure to catch the season premiere of The Client List tonight on Lifetime at 10/9c. And pick up Season 1 on DVD from Sony Pictures Home Entertainment.