The FBI ran three investigations related to Whitney Houston in her (sadly short) life. Find out the private details. 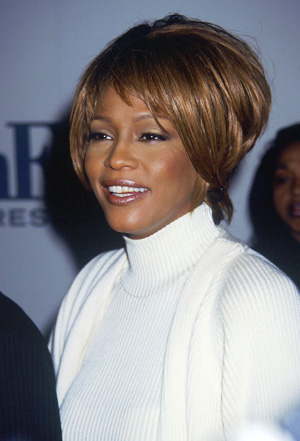 The FBI announced Monday that it is releasing its files on Whitney Houston in response to Freedom of Information Act requests.

The 128-page file details three investigations conducted on behalf of Whitney Houston during her peak years of fame, 1988 to 1992.

Two of them involved spooky fan mail, which Houston’s people sent to the FBI for investigation.

One fan sent almost 70 letters to Houston, NJ.com reports, which started out with praise but then got creepy.

One letter said, “I might hurt someone with some crazy idea and not realize how stupid an idea it was until after it was done.”

In a separate incident, a 1992 letter was sent to the FBI that was marked “extortion,” USA Today reported.

In that letter, a female writer demanded $100,000 or she would reveal “certain details” of Houston’s “private life.”

A subsequent letter which threatened that the writer had “intimate details” of Houston’s “romantic relationships” demanded a total of $250,000.

The files detail an interview conducted with Houston at the New Jersey offices of her management company; these files are “heavily redacted,” says The Huffington Post.

They do, however, reveal that Houston’s father paid off the writer of the letter, the New York Post says; the FBI’s investigation concluded that no crime occurred and closed the case.

The FBI did not investigate Houston’s 2012 drowning in a Beverly Hills hotel bathroom. The Los Angeles coroner, who autopsied Houston, revealed that the singer had cocaine, marijuana and several prescription medications in her system, yet drowning caused her death.

Heart disease and chronic cocaine use were listed as contributing factors in her death.