Spielberg is finishing (and expanding) his hero’s work. 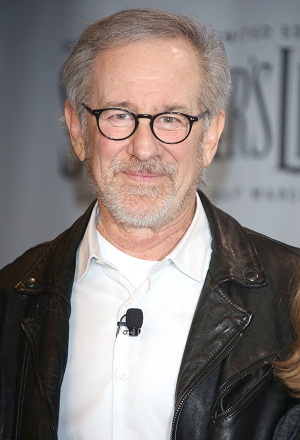 Spielberg has been a longtime fan of Stanley Kubrick. The two worked together on A.I Artificial Intelligence, which Spielberg directed after Kubrick’s death in 1999. You can also see bits of tributes to Kubrick’s uneasiness with technology and the future in Spielberg’s Minority Report, about an agency responsible for seeing the intent to commit a crime and stopping it before it happens. In other words, Spielberg was not only a colleague of the famed director but also a super-fan.

That is no doubt why the Kubrick family asked Spielberg to help them. They’re turning Kubrick’s years of research on Napoleon into a final Kubrick-inspired film. Only, Kubrick had so much research the film has expanded into a miniseries instead.

“I’ve been developing Stanley Kubrick’s screenplay for a miniseries, not for a motion picture, about the life of Napoleon,” Mr. Spielberg said to France’s Canal + Television. “Kubrick wrote the script in 1961, long time ago, and the Kubrick family — because we made ‘A.I.’ together — the Kubrick family and I, and the next project we’re working on is a miniseries, is going to be ‘Napoleon.’”

Kubrick first began embarking on telling Napoleon’s story in 1968 for MGM. Two years later, he became distracted, however, by the chance to do A Clockwork Orange (one of his most famous works). A few years later, he told Sight and Sound magazine that “there has never been a great historical film” and that he still had plans to make the movie — which, he hoped, would be that much-needed “great historical film.”

Spielberg to speak at Gettysburg >>

Despite scouring thousands of documents and reading tons of books, when Kubrick died, his dream of making the Napoleon movie had not been realized. What Kubrick left behind, though, was a bounty of notes and a screenplay. His research apparently even includes a card-file system detailing every single one of Napoleon’s most significant life moments.

Spielberg has taken Kubrick’s research and expanded the project from a movie to a miniseries. No production or release plans have been announced yet, but the geekier members of our staff will be waiting anxiously!