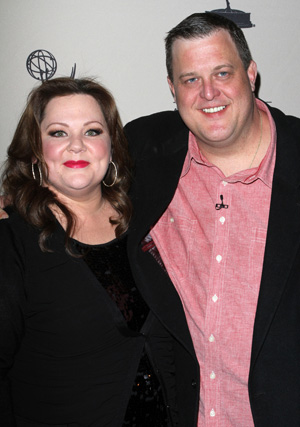 Television sitcoms aren’t exactly known for being inoffensive, but this time, says the Navajo Nation, Mike & Molly has gone too far.

The Native American community has taken offense to a joke that characterizes them as a “bunch of drunks,” as TMZ puts it, and is demanding an apology from CBS.

On the show, Mike’s mother, whom TMZ characterizes as “an Archie Bunker type,” said in a discussion of where it’s best to live, “Arizona? Why would I move to Arizona? It’s nothing but a furnace full of drunk Indians.”

A representative for the Navajo Nation tells TMZ, “For a show like this displaying us in a negative light is just unacceptable, they are taking a shot at the entire state of Arizona and its indigenous people.”

The representative continued, “An apology would be the right thing to do, but some damage done can’t be fixed in an apology.”

Controversy over Mike & Molly isn’t new, but previously the show’s stars have weathered mockery directed at them.

Then in February, critic Rex Reed hurled slurs at Mike & Molly star Melissa McCarthy in a review of her hit movie, Identity Thief, calling her “tractor-sized” and a “female hippo.”

CBS has not yet commented on the “drunk Indians” furor.