Marta Walraven goes from clueless housewife to drug smuggler in the flash of a gun. 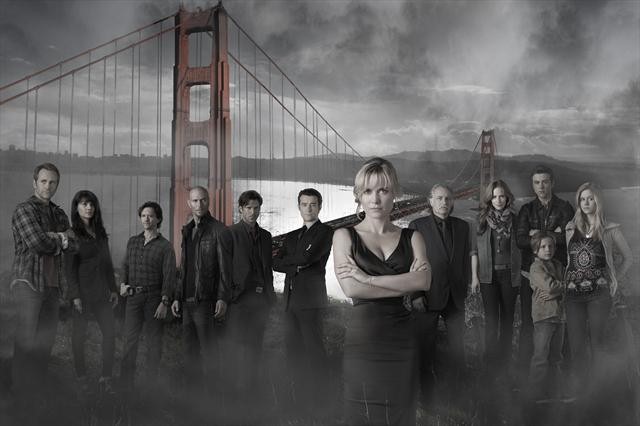 ABC’s Red Widow premiered Sunday night with mediocre results. It didn’t bomb, so in today’s television industry, they’d probably still call it a success. Maybe it was, too. It was entertaining — not enough blood to be disturbing, a slightly younger than middle-age cast of good-looking people and a plot that (albeit not the most original, as it’s pretty much the same as Weeds) is at least a good one. Good enough, in fact, that we recommend catching up on the pilot so that you’re ready for next week.

The plot so far is fairly simple. On the outside Marta Walraven (Radha Mitchell) looks like your run-of-the-mill trophy wife. She’s cute, lives in an awesome house in California, and has three kids that she doesn’t so much “raise” as she smiles at and hugs. She’s married to Evan (Anson Mount), whose looks border somewhere between “cool, one-time rocker” and “when was the last time you washed that long, greasy hair, Mr. Walraven?”

He runs an import-export business that translates to pot smuggling, which explains why, when his daughter asks him for $100 for art supplies, he has a wad of hund-os folded up in his pocket. Oh, and Marta is the daughter of a Russian mob boss in town. But she doesn’t want to live that life. (Yet, she asks no questions about her husband’s cash-only income.) 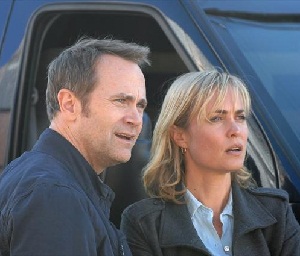 In the pilot, the couple’s youngest child, Boris, is being bullied at school. His answer is to take a gun from under his father’s car seat and use it against the bully who has stolen his headphones and calls him names.

When Boris ends up expelled, Marta tells Evan she’s done with the shadiness and she wants him to leave it all behind, or she’s taking the kids and leaving him. Just as the Walraven family is about to forever step out of the game, Evan is gunned down in their driveway. His business partner is Marta’s first suspect, but she’ll soon have plenty more.

After that, things get a little complicated. On the one hand, Marta’s brother convinces Marta that a load of stolen cocaine was Evan’s idea. It was going to be his last big move. On the other, the cops are asking for a flash drive that Evan had contacted them about handing over to the authorities. On the flash drive, along with a video goodbye to Marta, are the accounts and aliases of everyone in her father’s mob organization. He was going to turn over every piece of information he knew on her family and then they were going to join the witness protection program.

Marta isn’t sure who to trust and wants to just leave town and put it all behind her. Before she can get out from under the mob’s thumb she needs to pay back the debt from the stolen cocaine (which has since gone missing). She agrees to do one “consignment” for a rival mob boss, Nicholae Schiller (Goran Visnjic). Marta isn’t allowed to use her father (his enemy) for help. Instead, she must rely on Michael, the man she immediately suspected of killing her husband.

When we leave Marta, Michael is teaching her “the business.” He’s preparing her for, hopefully (but probably not) her first and last mob transaction. While the show often borders on the unrealistic, it’s a good drama. It’s not quite as explosive or stressful as 24, nor as mob-laced as The Sopranos.

In the end, though, viewers aren’t watching Red Widow for the violence or the drama. They’re watching it for Marta, the mom you can root for and who will succeed, whether you like her or not.