The famous little sister is all grown up and taking the biggest step of her life. She shared the news Saturday through Instagram. 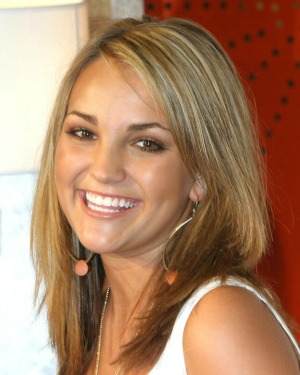 Spears posted a photo of her and her new fiancé, along with her engagement ring. The caption read “Guesssss what?????? #Hedidgood.” Watson told the New York Post back in January that he and Spears and Watson have been dating on and off for three years.

“Watson reveals that he and Spears have discussed marriage, but even though he wants to eventually put a ring on it, they’re still figuring things out,” said the newspaper. “The couple has had their share of breakups, but Watson says, ‘We’ve been back together for a while now.'”

This is not Spears’ first time being engaged. Before she was even 18, she was engaged to Casey Aldridge. She and Aldridge have a 4-year-old daughter, Maddie, together.

Spears has been in the spotlight most her life as the younger sister of an international superstar. She appeared in Britney’s movie Crossroads back in 2002 and went on to star in the Nickelodeon show Zoey 101, which lasted for four seasons.

Her sister Britney just ended her own engagement a few months ago, to Jason Trawick, but has moved on and will soon be headlining her own Vegas show.

Jamie Lynn Spears is now working in Nashville on her country music career and will hopefully be releasing some music soon.

“I asked her the other night what the hell is taking so long,” Watson told the NY Post. “But she’s really particular about her stuff. She’s trying to do it right because she knows people will be watching.”

Celebrities who had babies at a young age >>

Even though she is working in Nashville, Spears splits her time between there and Louisiana, where she reportedly lives in her sister’s mansion.

“Maddie goes to school in the Kentwood area, so Jamie Lynn tries to be in Louisiana most of the time,” Watson said.

The couple is still basking in their new engagement and have not yet announced wedding plans or a date.