The rumors are starting again that NBC is looking to retire longtime Tonight Show host Jay Leno and replace him with Jimmy Fallon. The late-night wars begin again. 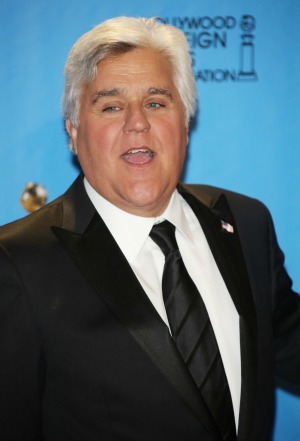 Is NBC going to do this to its late-night audience all over again? Apparently so, according to The Hollywood Reporter. NBC is prepping for Jay Leno‘s retirement and priming Jimmy Fallon for The Tonight Show spot.

Unfortunately, viewers lived through this just a few short years ago in 2009, when Leno’s first forced retirement sent the entire network into total upheaval. Leno was given the 10 p.m. spot on a nightly basis Monday thru Friday. Audiences abandoned the peacock network in droves, and affiliates all over the country complained of low ratings for the evening news.

This also set replacement Tonight Show host Conan O’Brien up for failure. There was no way he would ever be able to make up those ratings. Eventually, Leno was given The Tonight Show back in 2010, and O’Brien jumped ship to TBS to host his own show without network meddling.

Now, just three years later, the same scenario is being played out again. Leno is known to be a workhorse, so the network knows he will leave kicking and screaming.

The shift is being made, in part, because Jimmy Kimmel‘s move to 11:35 p.m. in January is starting to steal away the coveted 18–49 demographic. Moving Fallon into The Tonight Show spot sets up some late-night competition between NBC and ABC.

A source told THR, “The more time Jimmy Kimmel is in that slot, the more the young audience goes that way, the harder it is for Jimmy [Fallon] to keep that audience.”

If this rumor turns out to be true, look for the network to officially launch the new Tonight Show fall 2014. This might also be a good ratings strategy for NBC to make the 2013–2014 season a grand finale for Leno.

How is Leno doing with all of the reported rumors?

A rep told THR, “We do not speculate on rumor.”

There is one other puzzle piece for late-night viewers to keep their eye on: David Letterman. His contract with CBS also ends in 2014. There is some speculation that Letterman may be ready to retire. If that happens, the entire talk-show landscape will shift dramatically.