If you’re planning on rocking out all week long during Austin’s highly anticipated annual South by Southwest music and film festival, we recommend downloading the following phone apps to maximize your fun and minimize potential frustrations. 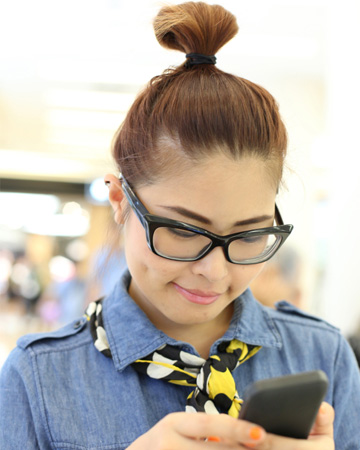 Set to officially launch at SXSW on March 16, EVNTLIVE couldn’t be better suited to the multimedia event. Dubbed an interactive concert arena, the site makes it possible to be in two places at once — you can catch a band in one arena while streaming live an artist playing in a different arena. If you do happen to miss a few shows you were hoping to catch, EVNTLIVE will most likely have them in their library of past shows. The site is also enmeshed in social media, so you can follow your favorite artists or share those artists with friends.

If you’re just in Austin for SXSW, TuneWiki can help you home in on the native music scene so you can don’t seem like an outsider — its song map zeroes in on any given location and shows what the locals are listening to. And if you’re in the market to make music-minded friends, this app is ideal for SXSW. You can connect with fans of your favorite bands, allowing you to sync up your playlists and see each other’s musical recommendations. TuneWiki also allows you to see the lyrics of any song you are listening to and watch coordinating music videos.

The weather thus far this year has been all over the charts — blame it on global warming! Swackett is the weather app to download for SXSW fans. Why? Yes, it gives you up-to-date temperature and climate conditions. But, even better than that, it tells you how to dress for the conditions in whatever area you’re in. If Swackett’s cleverly crafted “peeps” are decked out in puffy jackets and snow boots, you best don something similar. Unlike other apps, this one makes checking the weather fun with forecasts like “sunny with 100% chance of shades.”

Part of the fun of SXSW is the festival’s inherent level of unpredictability — oftentimes, performances aren’t announced until the band is about to hit the stage. If you don’t want to miss any major sets, keep your phone’s Twitter app handy. Follow the official SXSW Twitter feed to keep track of any last-minute updates or even follow the bands on your agenda to get the inside scoop. And, naturally, being the ridiculously cool friend you are, you can chronicle your night — complete with pics — using the hashtag #SXSW so your homebound friends can get the vicarious experience.

Chances are you’ll be partaking of music by a few bands you are completely unfamiliar with — and you’re going to want to remember the songs that struck a chord (ha ha, pun intended) with you. Enter SoundHound. Just hold your phone in the direction of the music, and this ingenious app will determine the name of the song and who sings it. And it doesn’t stop there. Once you’ve pinpointed the tune you love, you can share, bookmark and buy it. SoundHound’s LiveLyrics component scrolls the lyrics along to the song, too. Another bonus? If you’re too far away from the stage for your phone to pick up the music, it will recognize your singing or humming… no matter how out of tune you are! 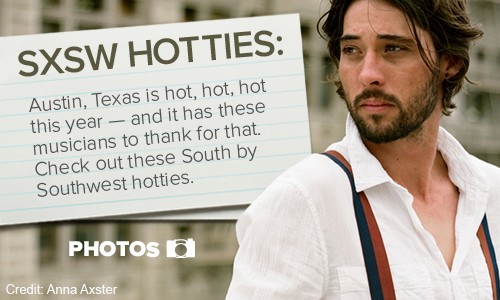 What the heck is SXSW (aka South by Southwest)?
An insider’s guide to Austin, Texas
The SXSW pet scene