Sadly, the magic is gone for Burt Wonderstone, whose sleight-of-hand comedy was no match for the power of the Wizard. But Halle Berry’s new thriller impressed with its own magic touch. 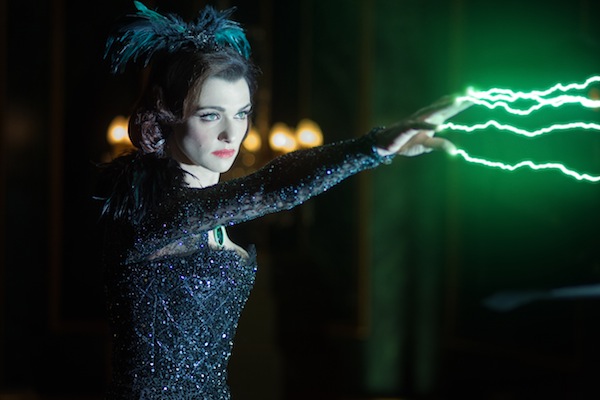 Oz The Great and Powerful

This epic prequel was expected to take No. 1 again, but no one anticipated it would ad another $42 million to its total. Well done, Oz, the rich and powerful.

Halle Berry proves she’s still got it, by bringing in an impressive $17 million on opening weekend. This thriller is gripping with a shocking ending you won’t want to miss.

The Call movie review: Rescue me>>

Only $10.3 million? Guess magic isn’t as fun it used to be. Jim Carrey is rumored to be developing Dumb and Dumber To — 20 years after the original movie lowered our IQs.

Jack is still climbing that beanstalk to add another $6.2 million worth of magic beans. Eleanor Tomlinson, who played Princess Isabelle, will next be starring in Styria, a gothic thriller set in a decrepit castle in Hungary.

This comedy starring Jason Bateman and Melissa McCarthy added another $4.5 million to its booty.

No headache or nausea for this younger version of The Hangover as it earned another $2.6 million by partying this weekend.

Jennifer Lawrence won her first Oscar for this delightful movie that brought in an additional $2.5 million worth of silver.

Though Julianne Hough and Ryan Seacrest may have gone their separate ways, Hough can retreat to the safety of the $2.4 million her film earned this weekend.

This family pleaser escaped with $2.3 million in box office sales. This is likely the film’s last week in the Top 10, however as the animated film The Croods opens next weekend.