March means Easter, St. Patrick’s Day, and, of course, basketball. If you’re a mystery lover, we have the perfect picks to get you through this month of celebrations. 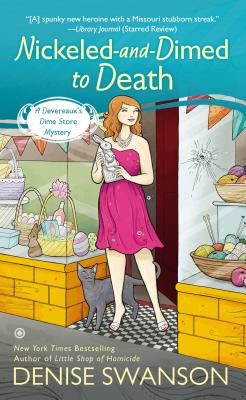 Nickeled-and-Dimed to Death
By Denise Swanson

Dev Sinclair loves her old-style general store in Shadow Bend, Missouri. Easter is fast approaching, and Dev is thinking about putting together some gift baskets, so she’s thrilled when Elise offers to sell her some antique chocolate molds. Dev doesn’t question Elise’s motive to sell because she’s thinking about the holiday, chocolates, and two possible boyfriends. When Dev’s friend Boone discovers Elise’s body and is accused of murder, the storeowner is on the case to clear his name. Nickeled-and-Dimed to Death, the second entry in Denise Swanson’s Devereaux Dime Store series, is a fast-paced story with great characters and sharp humor. This well-plotted mystery includes small-town relationships, a little love, and yummy chocolate, perfect for Easter weekend. 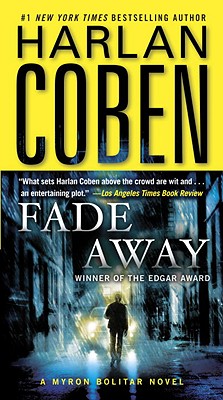 Fade Away
by Harlan Coben

In college, Myron Bolitar was pro-basketball material and a first-round draft pick. Unfortunately, he suffered a career-ending injury before his first season began; he later became a lawyer and sports agent. Thus, when the general manager of the New Jersey Dragons asks if he’d like to suit up, Bolitar says yes, even though he knows that being on team is just a cover so he can investigate the disappearance of a star player. Fade Away, the third in Harlan Coben’s Bolitar series, is an award-winning mystery that reveals the darker side of becoming a basketball hero. Before you start taking bets on March Madness and the Final Four, see if you can solve this complex NBA mystery. 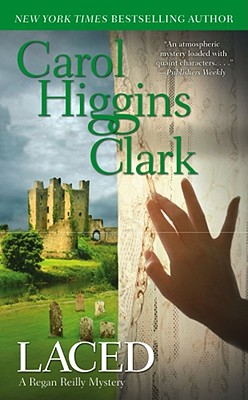 When Regan Reilly and her groom, Jack (“no relation”) Reilly, decide on Ireland for their honeymoon, they’re expecting beautiful scenery, visits to pubs, and a pampered stay in the lovely Hennessy Castle. What they get instead are ghosts, theft, and a cast of quirky suspects. Laced, the 12th installment in Carol Higgins Clark’s very popular Regan Reilly series, takes us from castles to graveyards, from the Irish countryside to the streets of Galway, as the couple try to figure out who stole a priceless antique lace tablecloth and how some crimes in Ireland may be related to an unsolved jewel heist back in the States. This is a fun, twisty mystery to get you in the mood for St. Patrick’s Day.

Do you like to shop for antiques? Have you ever been to Ireland? Are you a basketball fan?