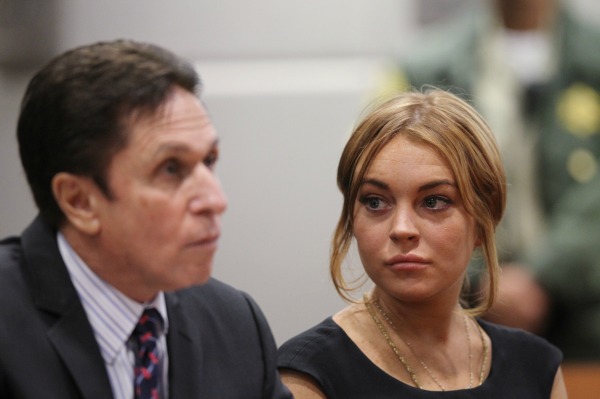 Lindsay Lohan‘s troubles in court keep mounting, and she wasn’t even there to cause the trouble. This time, it was her lawyer who was reprimanded.

On Friday in a Los Angeles courtroom, Lohan’s current lawyer, Mark Heller, found himself being lectured by Judge James Dabney over his lack of knowledge about California law. It all started over paperwork that Heller filed on Lohan’s behalf saying that her case should be thrown out. He claimed that the police didn’t inform the actress of her Miranda rights before questioning her in the June 2012 car accident.

However, in California, it isn’t required by law to read the Miranda rights in a situation like Lohan’s. Heller should have done his research on the state’s laws before he filed the documents.

Judge Dabney told Heller, “Somebody needs to come to assist you who has some experience in California law or procedure or Miss Lohan is going to have to come in here to waive her right to have attorneys who are competent in California law and procedure to go forward.”

The gaffes kept coming when Heller then asked for a delay in the March 18 start date for the trial. The judge informed the New York lawyer that April 1 is a holiday in the state of California. It’s Cesar Chavez Day, in honor of the noted civil rights advocate and labor leader, and the courts are closed.

In her most recent court appearance in late January, Lohan was not too thrilled with her new lawyer. However, the Liz & Dick star had fired her longtime lawyer Shawn Chapman Holley, and he refused to come back to the case even after Lohan changed her mind.

This drama will all play out in court in two and a half weeks. Let’s hope Lohan is prepared to face the music because her freedom is now at stake.