Rome, the center of the Western Catholic Church, moves front and center this month. Not only will Christians soon celebrate Easter, but everyone the world over was focused on the Vatican, waiting for news of who would become the new pope. We visit Rome through the pages of three very different stories that show the city during the ancient empire, through archaeological sites, and in modern times. 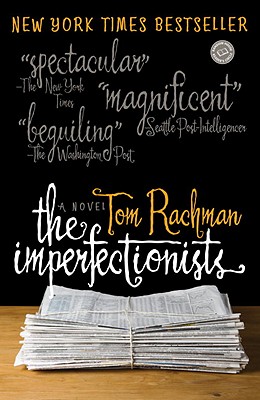 The Imperfectionists
By Tom Rachman

Tom Rachman’s The Imperfectionists is a collection of interlinked stories that find common ground in the various people associated with an English-language newspaper started in Rome in 1954. Each chapter centers around a single character — such as managing editors, publishers, owners, reporters, has-beens, wannabes, and copy editors — at a specific point of crisis in his or her life. From the perspective of each wonderfully flawed character, we are given pieces of a puzzle, until by the end we finally see how the full cast of employees join together to create a complete picture of the ex-pats’ Roman world. We are also treated to the workings of the newspaper and how it morphs over some 50-odd years. From newsprint, typesetters, and street reporters to computerized layout and electronic filing, the changing rhythms and personality of the paper itself mirror those of the world at large. 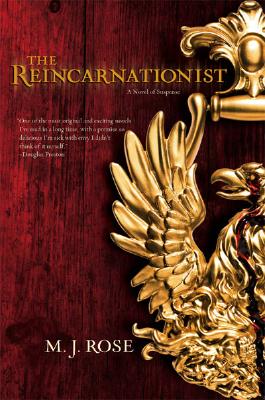 The Reincarnationist
By M. J. Rose

When photojournalist Josh Ryder arrived in Rome on assignment to photograph the pope, he had no idea his life was about to change forever. First, he just barely survives the destruction caused by a suicide bomber; then he starts to have memories of events that seemed to have occurred almost 2,000 years ago. With the help of the Phoenix Foundation, an organization that focuses on reincarnation, Josh begins to understand that he once lived in ancient Rome with his true love, Sabina. Soon, Josh is haunted by unresolved issues surrounding Sabina’s death, the consequences of which are felt across time. M. J. Rose’s The Reincarnationist takes us from modern-day Rome to the unrest of ancient times, as Josh visits archaeological sites in an effort to solve the mystery of his past. The mix of intrigue, romance, and reincarnation with a can’t-put-down pace makes this thriller a recommended read. 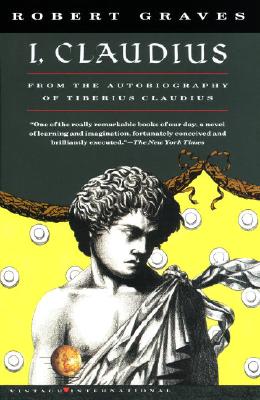 I, Claudius
by Robert Graves

Robert Graves’s I, Claudius tells the story of how Claudius rose above the crowd of contenders to become emperor of Rome in 41 C.E., at the ripe old age of 49. Despite his intelligence and keen sense of observation, the power-hungry members of his family overlooked him as a possible leader; thanks to his clubfoot and strong stammer, they assumed he was an imbecile. As Claudius records his memoirs, he gives us the insider’s view of the previous three caesars — Augustus, Tiberius, and Caligula — revealing fascinating details of their personal lives. Through the tale of his unexpected success, Claudius brings the vibrant sociopolitical world of ancient Rome to life. Incorporating everything from culinary treats, recreational activities, and religious issues to backstabbing intrigue and the unquenchable thirst for political dominance, this novel is historical fiction at its best.

Have you ever been to Rome? Do you believe in reincarnation? Do you wish you lived during the Roman Empire?