Now all we need is the Prince and a Fairy Godmother. 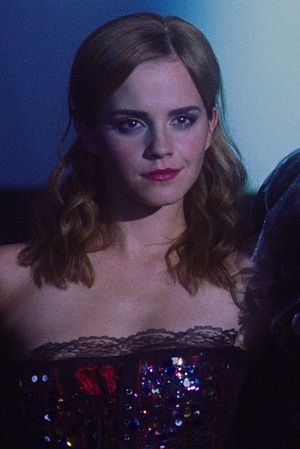 While it’s not yet confirmed, it sounds like Harry Potter‘s little Hermione Granger star Emma Watson might be on board to play Cinderella in the upcoming live-action version of every little girl’s favorite fairy tale! They’re still in the “talking” phase, but it seems like it ought to work.

Emma has shown interest in playing Cinderella before. In 2009, she was on board to play Ella when shock rocker Marilyn Manson was writing a musical that would star the glass slipper model. That fell through, but this might be a real possibility.

The movie is just another in the growing line of live-action fairy tale-esque remakes that Disney has been producing. When it saw such great success with the Burton/Depp version of Alice in Wonderland, Disney knew it was onto something. Now Sam Raimi’s Oz the Great and Powerful is set to see that same success.

There is also the upcoming Maleficent, starring Angelina Jolie in the title role, which is the tale of Sleeping Beauty told from the villain’s point of view. An Emma Watson-starring-Cinderella movie is bound to flourish in the theaters, especially when they’ve already nailed down Cate Blanchett to play the role of her evil stepmother.

Emma Watson stands up for K-Stew >>

The biggest obstacle will be scheduling — Emma Watson is one busy girl. Since finishing Harry Potter she’s ducked into a variety of movies. Just to name a few, Emma can be found in the angsty, ’80s-set movie The Perks of Being a Wallflower (based on an awesome book with the same name) and you can soon witness her role in Seth Rogen and Evan Goldberg’s comedy This is the End. She’s also slated to star in the upcoming drama Your Voice in My Head.

How she’ll ever manage to find time to play Cinderella is beyond us, but we’re still hoping it happens!