Lots of reality TV shows focus on cooking, but The Taste is the latest — and the hottest. Luckily for us, while we’re waiting long weeks between episodes, there are plenty of foodie books to keep us satisfied.

The Sharper Your Knife, the Less You Cry:
Love, Laughter, and Tears in Paris at
the World’s Most Famous Cooking School 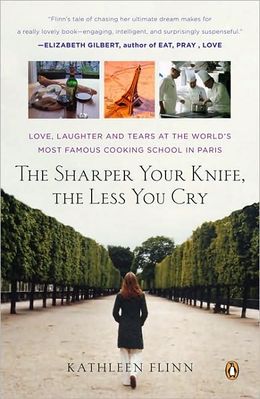 Many of us who love food dream of quitting our day jobs, moving to some exotic city and taking in the local culture and food. Few of us have actually done this, but Kathleen Flinn did, and The Sharper Your Knife, the Less You Cry is her account of this period in her life. After being laid off from her London job, she decided it was time to make her dreams come true. Flinn applied and was accepted to Le Cordon Bleu, pretty much the most famous cooking school there is. Her experiences in the school are entertaining and informative (includes recipes!), and it’s fun to live vicariously through Flinn as she experiences what so many of dream of. 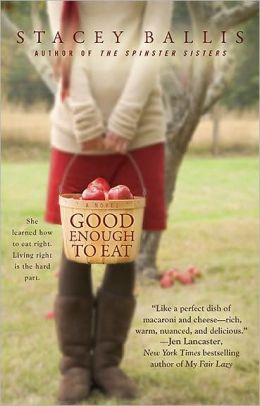 Looking for foodie fiction? There’s a lot to choose from, but Good Enough to Eat by Stacey Ballis is one of the best. The story centers on Melanie Hoffman, who has been incredibly overweight for most of her life. But she makes a goal to get her life — and weight — on track and sheds pounds to become a healthy size 6. She’s shocked, then, when her husband leaves her for a woman twice her size. Melanie copes through her day job, at a restaurant that sells healthy food, and it’s fascinating and heartbreaking to witness her difficult, daily relationship with food. This is a book that will speak to everyone, regardless of shape or size. Ballis is also the author of Off the Menu.

Heat: An Amateur’s Adventures as Kitchen Slave, Line Cook,
Pasta-Maker, and Apprentice to a Dante-Quoting Butcher
in Tuscany 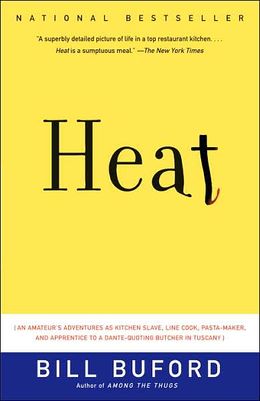 We wanted to include a book by Anthony Bourdain on this list (specifically, Medium Raw: A Bloody Valentine to the World of Food and the People Who Cook), but we felt like that would be cheating because it’s just too easy. So, instead, while we definitely recommend you check out Bourdain’s book, we give you Buford’s memoir. Bill Buford is an acclaimed writer, and he shocked everyone when he quit his job at the New Yorker and went to join Babbo, Mario Batali’s restaurant, despite the fact that he had no kitchen experience. It’s a funny, engaging memoir, and Buford manages to weave in history along with his entertaining narrative.