Fantasia Barrino and Jet magazine have been stirring up drama on multiple social networks. What started as a spat over a photo from 10 years ago ended up with the magazine issuing an apology for “a thoughtless comment.” 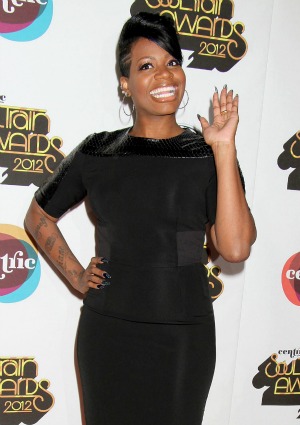 Fantasia Barrino does not approve of Jet magazine’s use of an old photo for their latest issue.

The singer, whose image dominates the glossy cover, unleashed her feelings on Instagram, writing, “This saddens Me!! It is clear that this picture is 10 Years Old and JET magazine Puts it on the Cover!! After I send them the NEW LOOK AND DIRECTION.. SAD!!”

“I WANT A PUBLIC APOLOGY FROM JET,” the 28-year-old mother of two continued. “Now im not sure if the interview is correct. SEE!! American they and use me as they crash Dummy BUT NO MORE. IF I DONT STAND FOR SOMETHING ILL FALL FOR ANYTHING.”

Fantasia Barrino later added on Twitter, “I’m getting tweets about why my team didn’t do this or that or what should’ve been done WHAT I’M TELLING YOU IS this was NOT an approved pic.”

Initially, the magazine stood by their image selection, stating in a press release they “consulted with Fantasia’s team, but reserves the right to select the image we deem as most appropriate for JET‘s brand and reflective of the cover story sentiment.”

The drama didn’t end there, however.

Madame Noire notes Jet editor Mitzi Miller vented on her personal Facebook page, “The fact that I wasted an hour of my workday writing a press release to address an issue created by a person who cannot even read it is just… #whyiwannaBahousewife.”

After word of Miller’s frustrations went public, she changed her tune and issued this additional statement:

“I apologize for the lack of sensitivity shown in my Facebook post. It was a thoughtless comment made during a moment of frustration. It was unprofessional and not representative of the JET mission, which is to uplift. I regret letting my emotions get the best of me. I am truly apologetic.”

For the record, Fantasia Barrino is seen here at the 2012 Soul Train Awards, which were held in November of that same year.

Do you find Jet magazine’s photo choice as insulting as Fantasia Barrino does?