Beyoncé has a fancy new pair of sneakers — but not everyone thinks they’re so great. 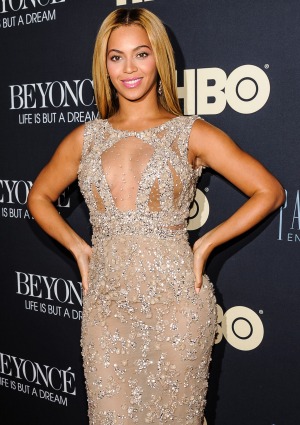 Beyoncé isn’t exactly beloved by PETA, but she really raised the animal welfare group’s ire this time — all over a simple pair of sneakers.

“Simple” is a misleading term for this pair of kicks, perhaps. The ’80s-esque cream-colored high-tops are not your ordinary basketball shoe. Made of exotic animal skins such as stingray, ostrich, calf hair, crocodile and anaconda, multiple animals sacrificed their lives at the altar of Queen Bey for her questionable footwear, which you can see here.

“Summoned by King Bee and given the task to create a custom design worthy of her approval, PMK takes the Isabel Marant sneaker wedge back to the beginning of time and gives it what they call the Eden treatment,” said a statement on the shoe designer’s website. “A hybrid of land and sea skins are used to create this handcrafted creation.”

Guess who’s not impressed? PETA. The animal welfare group slammed Beyoncé and her new shoes, writing on their own website, “These custom-made kicks come with a high price and it’s paid by the various animals who were beaten and skinned alive or cruelly farmed and killed.”

“Although most people aren’t as familiar with the types of animals (snakes, stingrays, crocodiles, and ostriches) killed for this single pair of sneakers as they are with the cats and dogs we share our homes with, these animals are highly sensitive living beings who try hard to avoid capture and suffer enormously when trapped, netted, speared, and skinned alive.”

Unsurprisingly, the group also hated the singer’s Super Bowl costume. But all is not lost. Beyoncé still has a chance to redeem herself if she decides to follow in the gentle footsteps of some other huge stars who strive to be cruelty-free.

“We hope that Beyonce will choose to wear more clothes from her own clothing line, which features faux fur, and that one day, she’ll go completely cruelty-free,” the statement continued. “She can always choose the cruelty-free and green fashion favored by compassionate, chic celebrities such as Natalie Portman and Anne Hathaway and designers such as award-winning fashion queen Stella McCartney.”

Tell us: Are Beyoncé’s new shoes cool or cruel?