What the hell just happened? 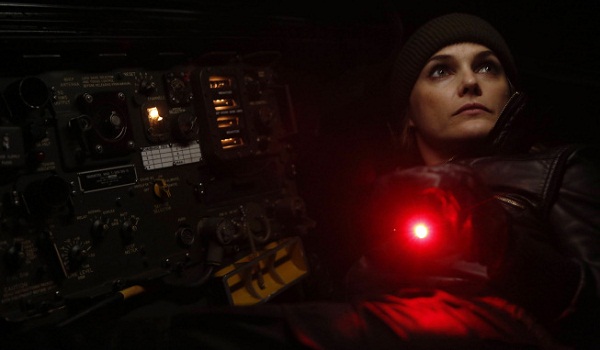 It’s been 12 hours since the latest episode of The Americans aired and I’m still finding it difficult to comprehend the absurdity of this week.

Here’s what I’m talking about:

After everything that’s happened during the first few episodes, the FBI is convinced that the KGB (or someone) is onto their encryption codes. To “fix” the problem they acquire new encryptors. That causes a major problem for the KGB director because it means he can no longer communicate with one of the KGB’s inside guys, Udacha. Meanwhile, Udacha’s wife has just died so he’s feeling particularly stressed and alone, yet he can’t reach out to his director for aid. So the KGB does what it always does: It ignores the dozens of other agents in the area and asks Elizabeth (Keri Russell) and Phillip (Matthew Rhys) for help.

They’ve got to get the encryption codes. Philip sweet-talks Martha, the aide who knows and shares way too much because of her crush on Philip. They find out that, for some inconceivable reason, the codes are in the back of a certain agent’s trunk. (Apparently, on The Americans, the safest place for top-secret information is in the trunk of a car?) Lip and Liz stage a fender-bender and while Phillip is talking to the agent and mechanics about their car, Elizabeth crawls into the trunk to retrieve the data.

SNAFU: The agent gets an unexpected call and takes off back to work in his injured car… with Elizabeth still in the trunk. But it’s OK! Even though the agent works for the FBI and parks in what is probably a very high-security parking lot, no one seems to notice when Elizabeth just climbs right out of his trunk and goes about her business. What?!

Update: You can tell Liz and Lip’s marriage is doing well again, because he picks her up after the screwup. He even brings her coffee, creamer and a French vanilla doughnut. That’s true love right there, babushkas!

So, how does it all pan out?

Once the KGB has the codes, the director is able to schedule a meeting with Udacha. Because the FBI now has Nina working for them, she’s able to find out about the meeting while, well, going down on the KGB director. She tells the FBI and they set up a snatch. Only one thing stands between the FBI and the KGB: Udacha… OK, and Elizabeth — who ends up shooting Udacha before he can meet with the director.

If they weren’t sure of it before, they are now: There are moles inside their agencies. Let the manhunt begin.

I’m so confused. If I missed something, make sure to let us know! If not, tell us what you thought of this week’s show.