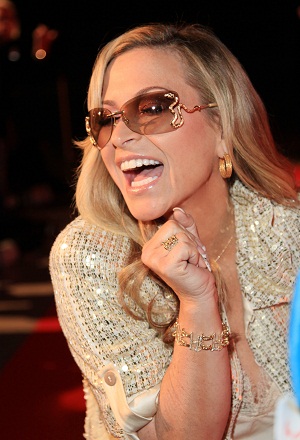 Anastacia, the 44-year-old singer-songwriter originally from Chicago, has had to cancel her upcoming European tour to fight breast cancer (one of the most common cancers in America) once again.

Despite a successful battle with the disease in 2003, it has returned to the singer’s body. Due to the illness, Anastacia has had to cancel her tour and all other performances until further notice.

Those upcoming live dates include a world tour that was scheduled to begin on April 6 in London and a performance at the Dubai World Cup (the richest horse race in the world).

In a statement posted to her Facebook page, the singer said, “I feel so awful to be letting down all my amazing fans who were looking forward to ‘It’s A Man’s World Tour’. It just breaks my heart to disappoint them.”

Despite being an American, Anastacia has seen most of her career successes outside of the country. Her 1999 debut album Not that Kind gained major success throughout Europe and Oceanic nations Australia and New Zealand.

It even earned her the title of biggest-selling single in Australia in 2000. Despite her poor U.S. sales, Anastacia still landed the prestigious World’s Best Selling New Female Pop Artist award at the 2001 World Music Awards. Her hits, made up mostly of dance and club numbers, continue to do well throughout the globe.

She has seen mild success in the States as well. Two of her most famous moments came from American collaborations. Those moments include the time Anastacia joined Celine Dion, Shakira, Cher, Dixie Chicks, and Stevie Nicks for 2002’s VH1’s Divas Live concert. She also contributed the song “Love Is a Crime” to the Chicago soundtrack.

Anastacia was first diagnosed with breast cancer in 2003 after a routine mammogram she had before her planned pre-breast reduction surgery. She was considering the surgery because of her severe back pain. The singer successfully underwent surgery and radiation therapy then and, hopefully, will have the same results during her new fight as well.

We’ve got our fingers crossed!