The CW has a Cult that no one wants to follow. The midseason drama is struggling in the ratings and has been bumped from its original time slot. It’s now part of the network’s Friday night lineup. 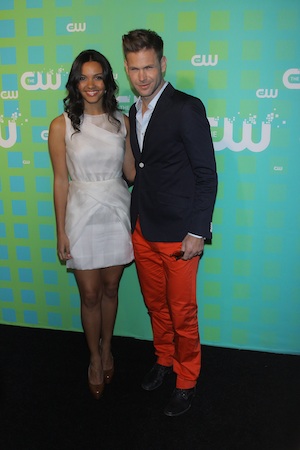 Has The CW lost faith in Cult? The network’s only aired two episodes of the drama, and it’s already being moved to a new night. It originally debuted as part of the Tuesday prime-time block. Unfortunately, due to less than stellar ratings, The CW’s rethinking its strategy.

According to Deadline, starting next week (March 5) Cult will air Fridays at 9/8c. Its original slot will be filled with repeats of Beauty and the Beast. When the show premiered on Feb. 19, it pulled fewer than 1 million viewers — 860,000 to be exact. As if that weren’t bad enough, its demo rating was a low 0.3.

Tuesdays at 9/8c are stiff nights for television competition. Cult was pitted against shows like New Girl, The Mindy Project and Go On. But Friday isn’t all roses. Next month marks the return of NBC’s genre favorite Grimm, which will be Cult‘s direct competition. Earlier this season, The CW put Nikita up against Grimm as well as Fox’s Fringe, and Nikita took a major hit in the ratings.

Do you watch Cult? Should everyone just give it a chance?