The Amazing Spider-Man sequel already has two amazing villains that have signed on, and now the movie has one more. 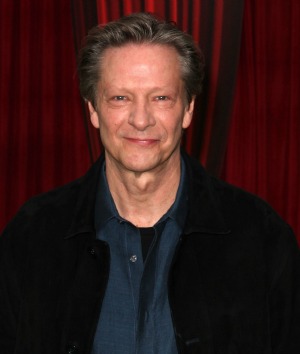 The sequel to The Amazing Spider-Man is, day by day, becoming more and more star-studded. The Hollywood Reporter confirmed that Oscar winner Chris Cooper has signed on to play the Green Goblin, aka Norman Osborn.

The Amazing Spider-Man 2 has already hired Jamie Foxx as Electro, Paul Giamatti as the Rhino, Dane DeHaan as Harry Osborn (the son of Norman Osborn), Shailene Woodley as Mary Jane Watson and Felicity Jones as an unknown character, according to Forbes.

“Norman Osborn is the head of Oscorp Industries, the company responsible (in the newest film series) for creating the spider that bit Peter Parker and turned him into Spider-Man,” said Forbes. “The spider and related research was apparently based on the genetics work done by Peter’s own father, who died along with Peter’s mother under mysterious circumstances likely linked to Oscorp and Osborn himself.”

The magazine said the Green Goblin likely won’t make an appearance in the film, since two other villains are already slated to appear. Cooper will probably appear only as Osborn this time and evolve into a bad guy in future movies.

“It’s more likely the series is setting up the eventual change of Osborn into one of Spider-Man’s arch enemies, leading to an inevitable showdown that will surely involve Gwen Stacy herself in an adaptation of one of the most famous comic book stories in history,” said Forbes.

Willem Dafoe played the Green Goblin in the original reboot of the Spider-Man franchise, opposite Tobey Maguire as Peter Parker and James Franco as Harry Osborn.

Cooper won a Best Actor Oscar in 2003 for Adaptation and is currently working on August: Osage Country.

Andrew Garfield will reprise his role as Peter Parker in the film, and Emma Stone will be back as Gwen Stacy.

The Amazing Spider-Man 2 is set to be released May 2, 2014, less than two years after the first film was released.