The Walking Dead‘s getting a behind-the-scenes makeover. The hit AMC drama has hired a new showrunner. Wednesday, the network announced that Scott M. Gimple would tackle Season 4. 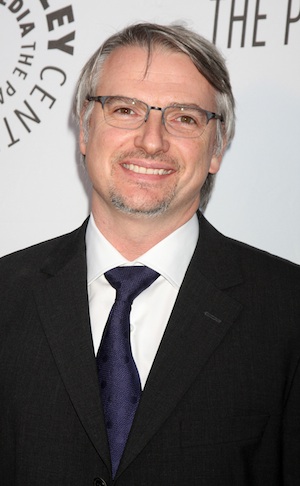 The AMC network’s confirmed what we’ve suspected for over a month. They’ve replaced The Walking Dead‘s Glen Mazzara (pictured) with Scott M. Gimple. Gimple will takeover as the new showrunner for the upcoming fourth season.

Back in December, it was announced that Mazzara was leaving the series. He was the second to do so — original showrunner Frank Darabont exited in 2011. With the addition of Gimple, The Walking Dead‘s proving to be just as tumultuous behind the camera as it is in front.

Spoiled: What’s ahead for Walking Dead >>

Despite the offscreen drama, everyone’s moving forward. AMC renewed the series for another season and has officially hired Gimple as the show’s new boss.

“I’m thrilled to continue the tradition of the spectacular, cinematic, horrifying, exciting and emotional storytelling of The Walking Dead,” said Gimple in a statement via EW.com.

“I’m a huge fan of the comics, and started with the show on the other side of the set, as an avid viewer. Over the past two years, it’s been an incredible privilege making such great television with the best cast and crew I’ve ever worked with — I can’t wait to make some more.”

The Walking Dead recap: There’s a war on the way >>

Prior to his promotion, Gimple worked as a writer on The Walking Dead. Some of his contributions include the episodes “Pretty Much Dead Already” and “Hounded.”

Production on Season 4 is slated to begin in Atlanta, Georgia, on May 6.

What do you think of The Walking Dead‘s new boss?