Fox’s comedy, The Goodwin Games, has finally found a start time. Now, thanks to the lead actor, we’ve been brought into the loop! 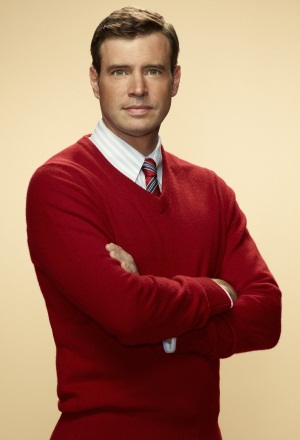 The Goodwin Games will finally see its premiere aired on Fox! This must be exciting news for the cast and crew, who have been stuck in idle since taping the show months earlier. The announcement came via lead actor Scott Foley’s Twitter account and comes after Fox’s November announcement of its decision to cut the show’s original 13 planned episodes to just seven.

Don’t let Fox’s lack of interest fool you, though. Recently, Fox has seemed to be in a bit of a slump when it comes to finding successful half-hour comedies. It’s already canceled this year’s sibling-related comedy, Ben and Kate. And finding a spot for its remaining comedies is proving difficult. The network is currently playing around with moving New Girl, The Mindy Project and Raising Hope to Thursday nights. Fox is trying the lineup once to see how it goes.

Goodwin Games looks like a really decent show. The premise is simple: Three estranged siblings must compete for their late father’s inheritance. The process will, of course, help the siblings to reconnect. Sounds like the perfect setup for tons of laughs, too.

Why the laughs? Let’s just say the Goodwin “kids” are all pretty different. Henry (Scott Foley) is the eldest and definitely the overachiever of the bunch. He’s a surgeon and by far the most successful of the Goodwin gang, a fact he’ll never cease to remind them of.

Meanwhile, Chloe (Becki Newton) is the middle child and was once the smartest (she loved math). But she gave it all up when she opted to become the pretty, popular and mean one instead. Her father’s final act to bring his kids together will help her rekindle her love for being brainy, though.

Last (and probably least) is Jimmy (T.J. Miller), who has never amounted to anything other than a small-time convict. He’s a little dim and in a lot of debt. That $20 million inheritance would certainly help him out. But how long could he make it last?

As the Goodwin siblings make their way toward the money, will they regain their former closeness or end up further apart than ever? Goodwin Games will (finally!) premiere on May 1 at 8:30/7:30c.