Say what?! Perez Hilton became a dad to a baby boy last month and announced the news late Tuesday afternoon on his website. Is Hilton ready for fatherhood? 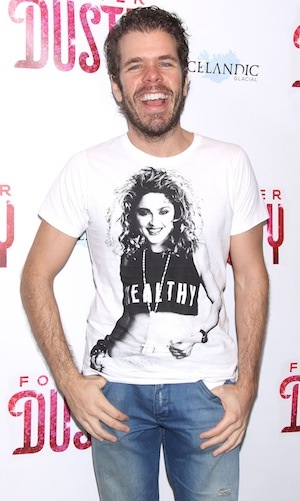 Yes, out of nowhere it seems, Perez Hilton became a dad. Hilton took to his infamous website, PerezHilton.com, to announce the happy news that he is now a proud father to a healthy baby boy.

In a post titled, “A Very Important Message from Perez,” Hilton told his fans about his new son.

“Dear Friends, I want you to hear this directly from me, right here. I am ready to announce that earlier this month I was blessed with a healthy baby boy — with lots of hair on his tiny head! My family is overjoyed at this newest and most cherished addition. Thank YOU for welcoming PerezHilton.com into your homes, offices, classrooms, cell phones, and wherever else you may read my five websites. And thank you for welcoming ME into your lives! I am so humbled to welcome this little man into my tiny life. And I am honored and ready for the challenge of guiding him through his. With love, Perez.”

Is Perez Hilton ready to be dad? >>

Within just an hour, Hilton’s baby news blew up on his site with almost 300 comments. Most of his fans wrote congratulatory messages and words of encouragement, but some Hilton followers were not so happy about his news.

One post read, “I don’t know what to say. Congrats? Don’t screw this up? Please find a woman to raise him with?”

However, that comment drew much backlash for its obvious homophobic tone.

One viewer did raise a somewhat serious question about whether Perez Hilton — notorious for being a bully to celebrities and reality stars — should be a parent.

In what seems like sarcasm, one fan wrote, “Awesome, a bully is going to raise a kid.”

It should be noted, though, that Perez Hilton has made an effort to reduce the mean, often cruel, tone of his main gossip website.

What do you think of Perez Hilton’s baby news?

Note: Earlier we reported an unconfirmed conclusion that Perez Hilton adopted his baby boy. Hilton has not yet released additional details regarding his new family member and at this time it remains uncertain if he adopted or used a surrogate. We apologize for any confusion.