New cast members were revealed on Wednesday for the revived soaps All My Children and One Life to Live as they are treated to a glamorous photo shoot styled by celeb stylist George Kotsiopoulos. 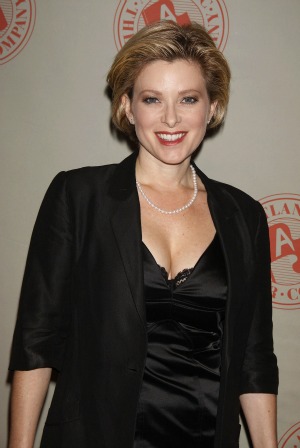 The excitement is building for the return of beloved soaps, All My Children and One Life To Live. In fact, the cast was recently treated to a glamorous photo shoot styled by The Fashion Police‘s George Kotsiopoulos.

Celeb stylist Kotsiopoulos successfully predicted that Oscar winner Jennifer Lawrence would be wearing the Dior Haute Couture gown to the Academy Awards. After taping the Oscar edition of E!’s Fashion Police, the host jumped on a flight to the East Coast where he offered the red-carpet treatment to the revived shows.

The good news is that even more names have been added to both casts. The Online Network, the new home to both soaps, announced on Wednesday that familiar faces will be returning to All My Children‘s Pine Valley: Cady McClain as Dixie Cooney, Eden Riegel as Bianca Montgomery and Eric Nelson as AJ Chandler. Other newly confirmed cast members include Sal Stowers as Cassandra Foster, Denyse Tontz as Miranda Montgomery, Jordan Lane Price as Celia Fitzgerald, Ryan Bittle as JR Chandler, Ray MacDonnell as Dr. Joe Martin, David Canary as Adam Chandler, Heather Roop as Jane McIntyre and Francesca James as Evelyn Johnson.

On the One Life to Live side, Robert Gorrie as Matthew Buchanan and Laura Harrier as Destiny Evans are joining the previously announced cast.

Production began on Feb. 25 and fans can expect to see their favorite shows online beginning in the spring. The soaps will run in a new 30-minute format on Hulu and Hulu Plus for free.

This is considered a groundbreaking deal to showcase this type of content to a mass market and to such a loyal audience. The fans have waited patiently for this deal to be worked out with Prospect Park and the actors’ union

What show are you most excited to see return? All My Children or One Live to Live?