ABC’s upcoming drama/thriller Reckless has found its leading man. You may recognize him. 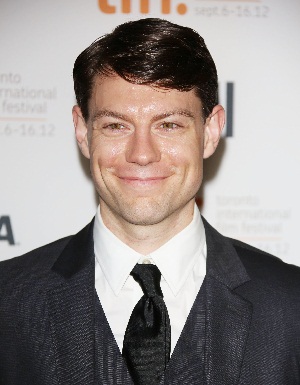 ABC‘s new in-the-works drama, Reckless, has sounded enthralling from the very beginning, but now we’re outright hooked. Why? Well, it just picked up its main man, and his name is Patrick Fugit.

Fugit is a cute guy, and we’ve occasionally seen him pop up in films. Nothing has featured him quite as prominently as Almost Famous, in which he starred as a budding young music journalist alongside Kate Hudson. You may have also caught him in We Bought a Zoo (as one of the zookeepers), Cirque du Freak and the near-classic teen angst movie Saved!.

In Reckless, Fugit will play engineer David Ritter, who will stop at nothing to free his wife (played by Eloise Mumford) after she’s imprisoned during a sociopolitical uprising overseas. Ritter’s pleas for government aid falls on the deaf ears of politicians who are more caught up diplomacy than in the urgency of saving human life. Soon, he’s forced to take action on his own, placing the resourceful husband into all kinds of dangerous situations and requiring him to take various illegal actions.

The show sounds a little bit like a cross between 24, Proof of Life and Seven Years in Tibet. Will his family make it out of the uprising intact? Hopefully, Reckless will make it through pilot season so that we stand a chance of finding out!

The Hollywood Reporter also states that Martin Campbell will write and direct the show. His previous work is all pretty impressive. His resume includes Green Lantern, The Mask of Zorro, the short-lived Last Resort and Casino Royale.

We’ll keep you posted on all the latest news about Reckless. In the meantime, rent Almost Famous or Saved! and get your fangirl on!