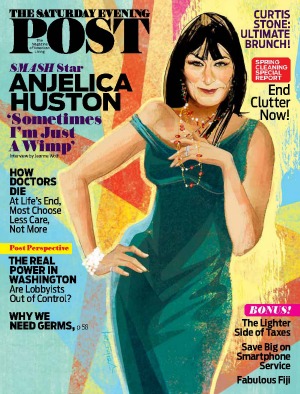 Hollywood icon Anjelica Huston is riding high on the success of her hit show Smash — and her personal life is looking pretty great, too. Despite the death of her husband four years ago, the Smash star says that while she hasn’t given up on love she won’t be joining Match.com anytime soon.

The actress sat down with The Saturday Evening Post and talked about her storied love life, and where she is right now.

“It’s funny. When I was getting ready to go out the other night I thought, there’s absolutely nobody in my life to tell me how I should look, how I should act, or what I should say,” Huston told the magazine. “In fact, I doubt that there’s anyone who cares very much one way or the other what I do! And in a way, that was very liberating.”

The actress has had an on-again, off-again relationship with legendary actor Jack Nicholson since 1973, with a break for her marriage to Robert Graham from 1992 until his death in 2008. They are still close, and she says she will love him for the rest of her life.

“Jack is someone I’ve adored in my life and will continue to love forever. I don’t take him lightly,” she said. “As it happens, we had a really lovely conversation on the phone yesterday — a conversation that started off a little bumpy and wound up just completely wonderful. That’s a real relationship. Real relationships have continuity, and Jack and I have a deep abiding love and affection for each other. I’m proud that we’ve gotten through some very tough times together.”

So is that it for her? Not exactly. Although she and Nicholson probably won’t be riding off into the sunset together — the notorious ladies’ man does have his eye on Jennifer Lawrence, after all — that doesn’t mean there isn’t someone else out there for her.

“It would have to be the right one,” Huston explained. “Someone who it would have sense to have a love with. Someone who wanted to share that. I can’t say I’m looking for it. I don’t think I’ve ever really looked for it. I’ve never been one of those women who said, ‘Fix me up on a date.’ I always just feel like if the time is right, it’ll come to you. I’ve worked with horses all my life and there’s something that every person who’s ever worked with a horse knows. You can go into a field and try to catch a horse and chase your horse all over the place and you’ll never get your hands on it. But if you go into a field and sit down on the grass, whoa! Probably within five minutes that horse will come to you. I think that’s how it is with people too.”

Read the complete interview with Anjelica Huston in the March/April issue of The Saturday Evening Post, on newsstands now. 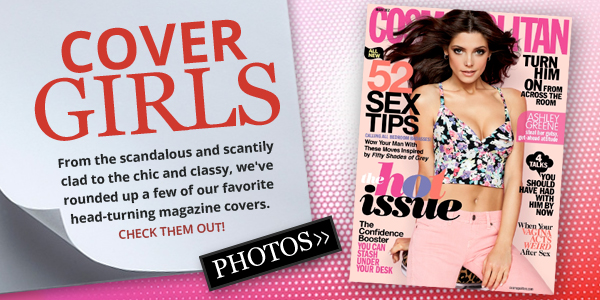