Hoult gushed to the press about ex-girlfriend Jennifer Lawrence and made us wonder: Could Hoult and Lawrence get back together? 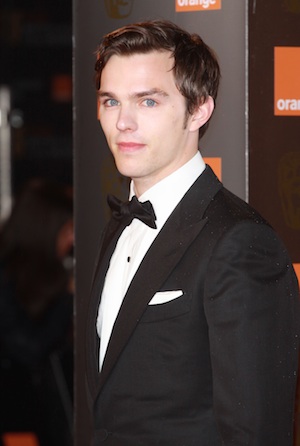 Jennifer Lawrence is riding high after her Sunday Oscar win for Best Actress. Lawrence’s friends and family couldn’t be happier for her and even her ex-boyfriend, Nicholas Hoult, couldn’t help but gush about Jennifer’s Academy Award.

Jennifer Lawrence met Nicholas Hoult on the set of X-Men: First Class in 2011. Lawrence played Raven Darkholme, or “Mystique,” and Nicholas Hoult played Dr. Henry McCoy, or “Beast.” The pair instantly hit it off and were romantically involved until January 2013. A source for InTouch magazine cited growing distance as the reason behind the breakup. “They’re young and grew apart. But they remain friends.”

Hoult clearly has no hard feelings about his public split with Lawrence. Shortly after news of their breakup hit newsstands, Jennifer Lawrence was nominated for an Academy Award for Best Actress for her work in Silver Linings Playbook. Hoult spoke to E! News and said he was “very proud” of Lawrence’s Oscar nomination and that he would of course be rooting for her to win on the big night.

Well, Jennifer Lawrence did win the Oscar for Best Actress and Hoult couldn’t contain his excitement for his former flame. “I’m very, very happy for her,” Hoult told E! News at the premiere of his latest film, Jack the Giant Slayer. “I’m thrilled!”

Jack Nicholson has his eye on Jennifer Lawrence >>

Hoult and Lawrence were very close during their two-year romance, with Lawrence telling Elle magazine in December 2012, “He is honestly my best friend, and hopefully I’m his best friend, too.” She continued, “He’s my favorite person to be around and he makes me laugh harder than anybody.”

As for Hoult’s split with Lawrence, earlier this month he told Elle magazine he “made mistakes” with his most recent relationship. Jennifer Lawrence was rumored to be dating her Silver Linings Playbook co-star Bradley Cooper, but their age difference proved to be too much for Cooper.

“If it didn’t happen by now, it’s not gonna happen,” said Cooper. He added, “I could literally be her father.”