Chris Brown says beating up Rihanna was a huge mistake and he’s worked hard for her forgiveness — but will he ever have ours? 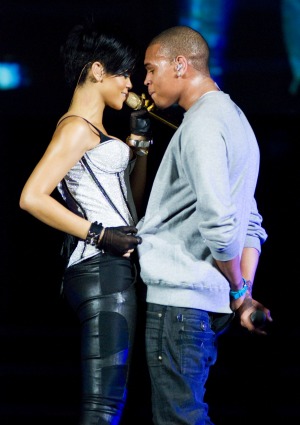 He viciously assaulted Rihanna in 2009, but Chris Brown has been forgiven by his fellow singer and the two are cozy and coupled up again, much to the chagrin of many of her fans. Should we forgive him, too?

In an interview with the U.K. news site the Mirror, Brown says he has worked hard to earn Rihanna’s forgiveness, and that the incident was the worst moment of his life.

“Sometimes you row, you fight, with the one you love and things get said, stuff spirals,” he said. “That night was the deepest regret of my life, the biggest mistake.

“But she loves me — what can I say? I’m forgiven… but, yes, I worked hard for it,” adding that earning Rihanna’s trust back took many months of “serious making up.”

Brown spoke to the Mirror while attending Elton John’s AIDS Foundation Oscars party right after Academy Awards host Seth MacFarlane cracked a joke about how the violent slavery film Django Unchained was like “date night for Rihanna and Chris Brown.”

Rihanna DGAF what we think about Chris Brown romance >>

Brown was unimpressed. “People attack me and criticise me, it happens all the time,” he said. “But they don’t know me, and they don’t know us. It doesn’t bother me any more.”

“Other people can judge us but they don’t know anything.”

“I’ve learned a lot since that night and I’ve grown up. I was very young and I took a lot of stuff, fame, for granted,” he said. “I didn’t understand it. The support from those who do know me and the fans, who are incredible, got me through.”

Tell us: Should we forgive Chris Brown?