Brothers. What are they good for? Not helping you win The Bachelor, as one former contestant found out before she was sent home. 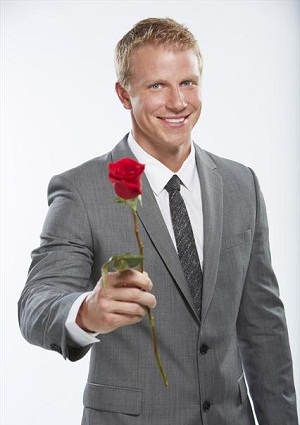 The Bachelor‘s Sean Lowe is down to his final two girls. Should we have seen it coming from a mile/week away? Probably.

Since he met their families last week, it seemed pretty obvious that Lindsay would be hanging around. Sean clicked so well with her family, especially her little brother.

“My favorite member of Lindsay’s family may have been her brother Marcus,” Sean wrote in his blog for People. “He was the sweetest kid I’ve ever met and he made it clear he wanted me to be a part of their family.”

Spoiler alert!: Will Sean score the girl he wants most? >>

Meanwhile, those same family visits left things with Catherine very uncertain. Her sisters told Sean about Catherine’s big plans to move to New York to pursue her career and it was the first time Sean had ever been told her plans. Yet, despite those somewhat secretive plans, Sean wouldn’t let go of Catherine. He said it just seemed harder to lose Catherine than Desiree.

That might have had something to do with Sean’s visit to meet Desiree’s family. Boy, was that a disaster. Just like Lindsay’s brother helped seal the deal, so did Desiree’s… but in a much different way. When Sean showed up to meet Desiree’s family, her parents were awesome. Sean even admits he even “fell in love with her mom and dad.” Her brother, though, turned her home into Drama Central. He accused Sean of being a playboy and a fake.

“Her brother didn’t affect the way I looked at Des, but it did make me wonder if I could be in the same family as her brother,” Sean blogged.

In her post-show interview with People, what did Desiree think of her brother’s influence on the decision? Was that what kept her from going to the final three?

“I don’t think that my brother helped my chances,” she said. “I think that did have some to do with Sean’s decision. But, ultimately, he made the best decision that he could.”

Sean dishes on kids (and other Bachelor-related happenings) >>

After Desiree was kicked to the curb last week, Sean was left with three women: Catherine, Lindsay and AshLee. With Catherine and Lindsay seeming like sure bets since (at least) the family dates, the fantasy trip to Thailand seemed like a wasteful episode. They should have just dropped AshLee last week, too. They chose to string her along for another episode, though. The result? One bitter girl when the rose ceremony came and she wasn’t offered a place in Sean’s final two. All she gave Sean in return were two seriously evil death stares. Ouch.

Did AshLee really think she’d make it to the final two? The only way to find out will be to watch The Women Tell All, which airs next Monday at 8/7c on ABC.

Who should win? Do you want Lindsay or Catherine to win that ring?