This week’s episode of The Face was very intense… Of course, it started out with a debate between Devyn and Ebony, regarding whether or not Stephanie could “handle” the competition. In my opinion, a competition is a learning experience, and while Stephanie may have had a larger learning curve, everyone should just be respectful and worry about themselves! Now, moving on…

Let’s skip the drama and jump right into the “quick change” test shoot. We basically had to run behind a screen, change into a gorgeous Christian Siriano ensemble, grab a single Marshalls accessory on our way out, and then walk the runway with control and poise. Karolina led by example, completing the challenge in well under a minute. Zi Lin followed with minute and a half, feeling unconfident about her performance, and I guess it was for good reason because Devyn was the first to oust Zi Lin’s position at a time of 1:09. Her idea to throw a jacket over her unzipped dress was brilliant. Why didn’t I think of that? 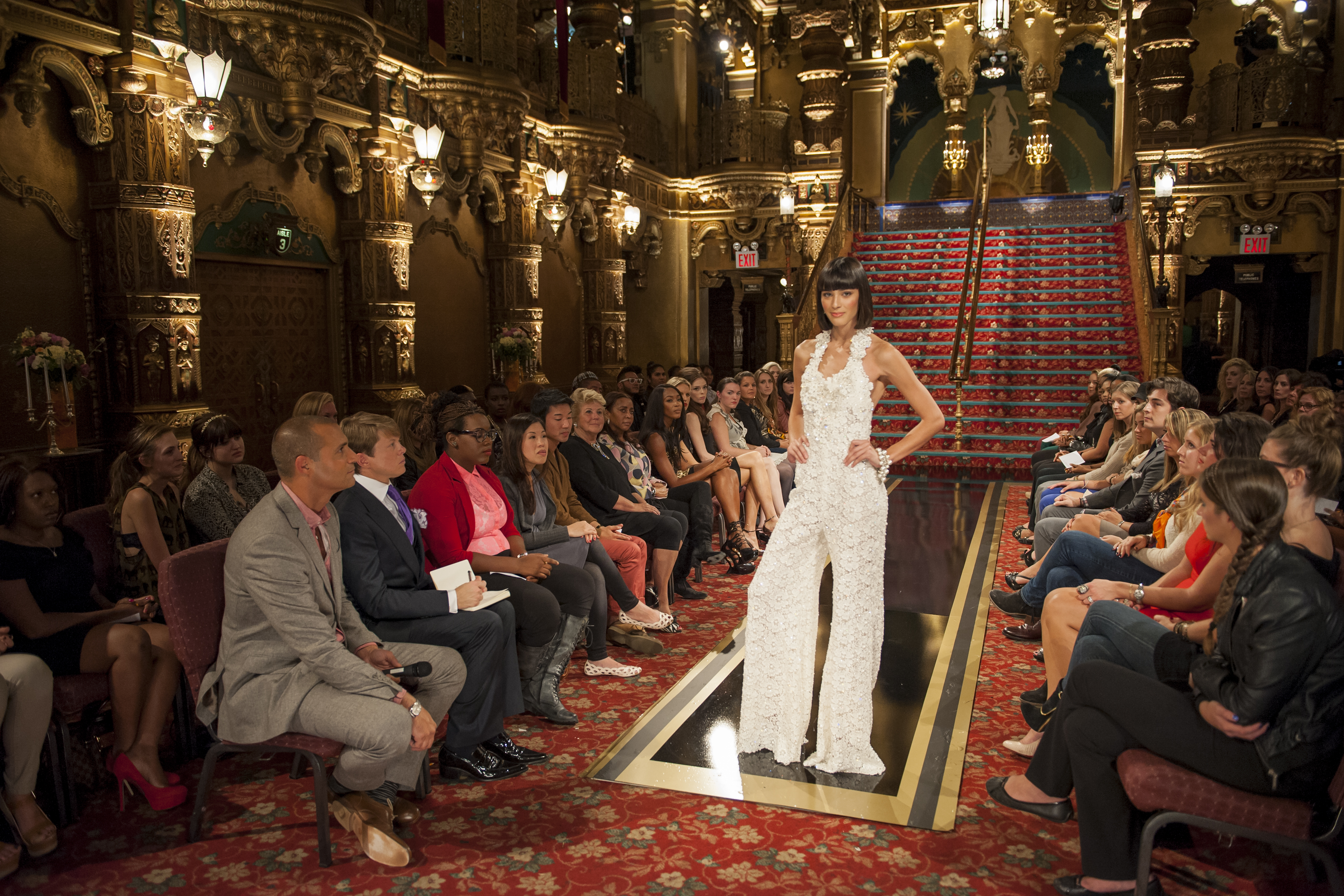 One after another the girls failed at the quick change, leaving Devyn in the lead. I went last. I didn’t really have a strategy, I just knew I had to get naked as fast as possible, avoid getting makeup on the clothes, and keep my cool on the runway.

I ended up beating Devyn by a mere 2 seconds. I felt overjoyed and excited, but Devyn quickly tried to squash that by asking Nigel if “coming around the corner was included in the rules.” I think Nigel, Karolina and I were all a little shocked by her reaction, and Karolina went on to say she was “disappointed” in her team member. Nigel ended the debacle by telling Devyn to “get off her pedestal, and back to the loft.” I can’t believe she tried to throw me under the bus.

Marlee received some news from home and decided she had to go back and take care of her family. I was honestly so sad to see her go. People don’t know from watching the show but Marlee and I were literally inseparable; she was my closest friend in the loft and I knew how hard it was for her to leave. She saw this opportunity as a chance for her to accomplish her lifelong dream, but family comes first; I understood that and so did Coco. Marlee is an amazing model but an even more amazing mother! Her daughter Key and future son are so lucky to have her!

Up next: Margaux’s terrified for the weekly campaign! >>