Jessica Lange may have met her match. In season three of American Horror Story, she’ll bump heads with Kathy Bates now that the actress has been cast as her latest foe. 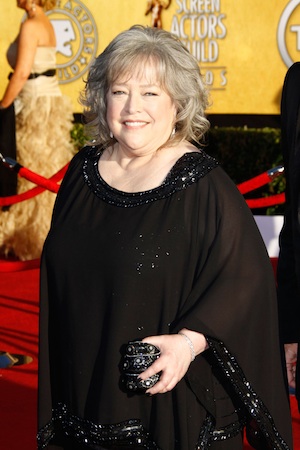 When it comes to American Horror Story, Jessica Lange is queen. It takes a certain kind of actress to rattle her cage and it looks like they’ve found one. The upcoming third season will introduce a new rival for Lange played by fellow Oscar winner Kathy Bates.

According to The Hollywood Reporter, Bates is nearing a deal to join the popular FX series. Sticking to its anthology format, next season will feature Lange as a new character. This time, her nemesis will be a “best friend-turned-enemy” played by Bates.

The season’s theme is still top secret. Not much is known about the setting or the overall premise. The previous entries took place in a haunted house and an insane asylum. Co-creator Ryan Murphy has stated that the new chapter will be very different from its predecessor.

In January Murphy told reporters, “What season three is about is more historical in nature. I’m also interested in getting into a horror romance. That’s certainly something that’s going to be in the water for season three.”

He also revealed that he wanted “to embrace something a little bit more fun.” Considering the disturbing tone of Asylum we don’t blame him. The season was riddled with mental and physical atrocities.

Prior to American Horror Story, Bates headlined her own series on NBC called Harry’s Law.